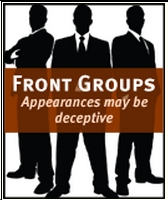 Yet another #FAIL by the corporate media when it comes to “reporting” (using that word VERY loosely) on energy and environmental issues here in Virginia. One of the most egregious, frankly disgraceful examples of this occurred last fall, when the Virginia media gullibly/cluelessly reported as fact the fossil fuel propaganda/garbage put out by the thoroughly “captured” State Corporation Commission on the EPA’s Clean Power Plan. The lack of any critical analysis or digging on that one was simply astounding, calling into question why we even have “reporters,” if all they’re going to do is print whatever drivel they receive in their inboxes.

Now, we see yet another example of the News Corpse at work, with their “reporting” on a new “poll” that ostensibly shows support for the Atlantic Coast Pipeline, as well as for “expanded off-shore energy  production, constructing the Keystone XL pipeline, and coal power plants.” These are “interesting” results on a couple levels: 1) the poll was conducted for the “Consumer Energy Alliance” (CEA) fossil fuel front group, which has worked ” to thwart government efforts to favor relatively cleaner conventional fuels over the dirtiest forms of extreme unconventional energy like the Alberta tar sands;”  and 2) the CEA fossil fuel front troup “poll” contradicts other polling which finds overwhelming majorities in Virginia and other states who support moving off of dirty energy and towards cleaner sources like solar and wind. As Peter Galuszka writes in the comments secion of Dominion Power-sponsored blog Bacon’s Rebellion:

The “Consumer” Energy Alliance? Funny but I don’t see one “consumer” advocate on the board, rather the pr spokeswoman for steel maker Nucor, a rural electrical coop, another other manufacturing types. Nary an environmentalist there. Nor a consumer.

Jim, if this is a sample of what the new Dominion sponsorship means then maybe we should quit before we are ahead.

Also worth noting is a comment by the Sierra Club’s Glen Besa, who points out that “the poll at best is indicative of the success of a major advertising campaign by the natural gas industry promoting it as a clean fuel…s an industry poll, and it reflects the industry’s perspective.” And yes, in fairness, the corporate media DID note that the CEA is “industry-backed,” and that it “includes Dominion and Piedmont Natural Gas among its members.” Of course, that raises the question of why the media even went with this “story” at all. As a commenter at the Roanoke Times puts it: “A poll that was bought and paid for by the industry. Back in the days of journalism this was called a ‘press release’.” Bingo.