For Democratic voters in the Virginia 10th State Senate district, just keep in mind that Dan Gecker, inexplicably endorsed by close Clinton friend Terry McAuliffe, has been tightly connected to Kathleen Willey for years, was even her attorney during the Clinton impeachment hearings, when both Gecker and Willey were working hard to drive Bill Clinton from office. As if that’s not bad enough, Gecker also said he wasn’t sure he would vote to reelect Barack Obama in 2012, dropped the “D” and ran as an “I,” and also noted that his political hero is Ronald Reagan. Why on EARTH would any Democrat vote for Dan Gecker? Also, is Dan Gecker ever going to dissasociate himself from this relentless Clinton hater or what? 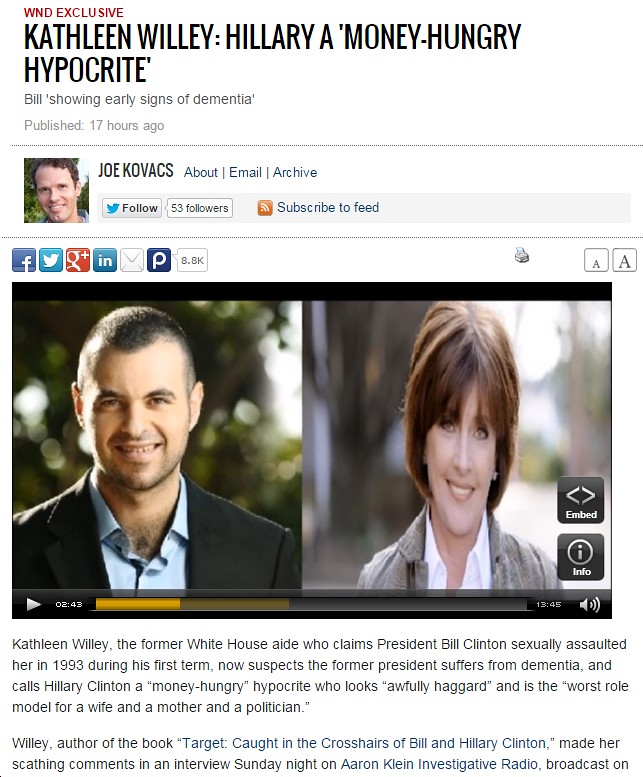