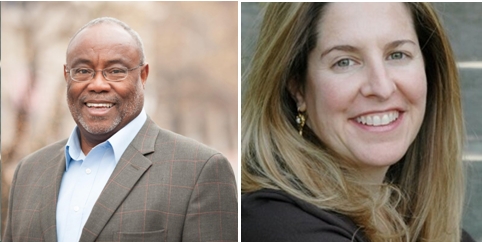 I was chatting with an Alexandria Democratic politico yesterday, and he strongly recommended that I read this Alexandria News article, “Euille Moves Forward With City Business; Alexandrians Plan Write-in Campaign.” The gist of the article is: 1) Euille, who lost a three-way Democratic primary to Allison Silberberg on June 9th, is sounding increasingly likely to run a write-in campaign as an Independent this fall (I was particularly struck by Euille’s “It ain’t over ’til the fat lady sings” comment); 2) Euille seems to believe that he would have won if not for the presence of former Mayor Kerry Donley in the race, since “Kerry and I agree on many issues and we split our base vote;” and 3) there have been successful write-in and independent campaigns in the past in Alexandria, so this would not be unprecedented by any means.

So, if Euille does run as a write-in candidate for mayor this fall, would he be likely to win? I tend to agree with the Alexandria Democratic politico I spoke with yesterday, that Euille would benefit from two important factors: 1) Eulle would probably get most of Donley’s support, since the two of them are closer in approach, ideology, etc. than Silberberg is; 2) Euille would likely outpace Silberberg in fundraising by a wide margin (in the primary, Euille raised over $150k vs. Silberberg’s $37k+) from developers, etc. That doesn’t make Euille a lock to beat Silberberg, but it certainly does give him some serious advantages.

This morning, I ran all this by another Alexandria Democratic politico I respect. In their view, Euille “could win, and could win easily, but he would have to get all in behind a write in campaign, which would cost…a ton.” Working against Euille would be reluctance of Democrats to openly support him, the “sore loser syndrome,” the “name-is-hard-to-spell syndrome” (although as the Alexandria News article notes, the Electoral Board mostly needs to judge the intent of the voter, so maybe “Bill” or whatever would be sufficient in a two-person race against “Allison Silberberg”?). Finally, this politico pointed to what they called the “x factor” – what would Sen. Adam Ebbin do, given that “most of the votes this November are going to come from the east end of the city,” and “Adam brings out Democratic voters who would likely go Democratic all the way down the ballot unless Ebbin tells them otherwise.” Would Sen. Ebbin endorse Euille? Silberberg? Stay neutral? Stay tuned! 🙂

Finally, there’s the issue of what this might do to the Alexandria Democratic Committee (ADC). Yet another Alexandria Dem politico I spoke with worried that a Euille independent bid could “irreparably damage the ADC,” leaving a “broken party” in its wake. On the other hand, as the Alexandria News article points out, when Jim Moran ran successfully as an independent for mayor in 1985 against the Democratic nominee, he “was thrown out of ADC and, according to those who were present, took at least one third of the Committee with him.” However, once Moran was elected Mayor, “he was welcomed back into the Democratic fold with open arms because he was no longer running against the Party’s nominee.” Would history repeat itself, or at least “rhyme” in this case? I don’t know, but it will be fascinating to watch.

P.S. If “Instant Runoff Voting” (IRV) had been allowed (and in place) for the Democratic primary, and if it’s true that Euille and Donley mostly would have been the second choices of their respective voters, then presumably either Euille or Donley would have won easily on June 9 and this wouldn’t even be an issue. So, remind me again, why won’t the Virginia General Assembly allow localities to run primaries using IRV?

The Lincoln Project mocks Falwell, and for good reason! https://bluevirginia.us/2020/10/jerry-falwell-jr-sues-liberty-university-for-defamation-says-libertys-actions-are-antithetical-to-the-teachings-of-christ-also-blames-the-lincoln-project-and-sinister-political-operatives#comment-5129922657