“A $150k tab? With their current finances? Ruh roh,” said Morgan Finkelstein, press secretary for the Democratic Party of Virginia.

The publisher of a Roanoke news website has gone to court a second time to enforce her copyright on a photograph that proved popular with critics of a Roanoke politician. This time, her target is the state Republican Party.

In a lawsuit filed Tuesday, writer and photographer Valerie Garner sued the Republican Party of Virginia for using her photo of Democratic Del. Sam Rasoul last year in his opponent’s campaign materials.

Valerie Garner – publisher of the Roanoke Free Press website – captured the image of Rasoul in his unsuccessful 2008 bid for Congress. His mouth is open and his right forefinger is raised to make a point.

Six years later, as Rasoul sought the House seat vacated by the retirement of Del. Onzlee Ware, he came under attack for accepting campaign money associated with a man allegedly linked to terror funding.

His critics illustrated their attacks with Garner’s photo. The shot was used without permission, Garner claimed.

Three months after U.S. District Judge Glen E. Conrad ruled Higgins’ use of the photo was not “fair use” under copyright law, the lawsuit was settled for $6,000, according to Garner’s attorney.

Lawyer James R. Creekmore of Blacksburg said he considered that sum “a pretty reasonable result achieved for an unauthorized single use of the photo on a relatively unknown blog.” Higgins also agreed not to use the photo again, Creekmore said.

Garner cited printed “mailers” sent to potential voters in January 2014, some headed, “Do you know who is funding Sam Rasoul’s campaign?” The mailers prominently feature the Rasoul photo claimed by Garner.

Her lawsuit seeks $150,000 in statutory damages and attorneys’ fees.

Creekmore said the case against the RPV implicates a greater level of infringement than the Higgins claim.

“We expect that the unauthorized use of the photo on thousands of printed mailers distributed in the very market in which Garner lives and works – and could have expected to derive further value from her photograph – will set the stage for a larger result in the current action,” Creekmore said in an email.

“We have no comment at this time,” said a spokesperson for the RPV. 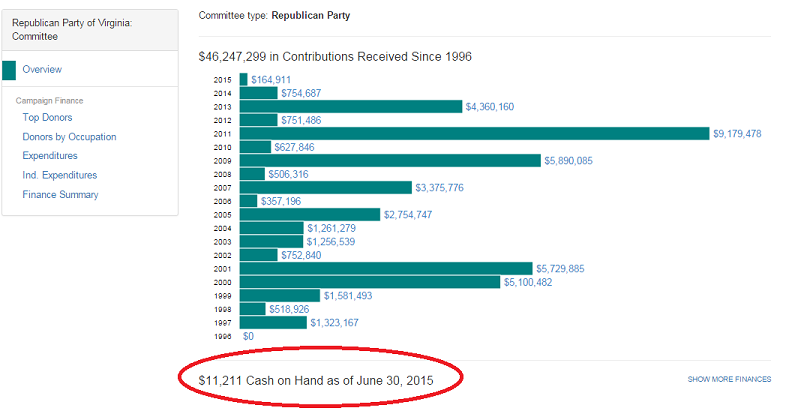