Given Ayn Rand afficionado Rep. Dave Brat (R-VA07)’s Facebook post yesterday (see below) attacking “corporate welfare programs” and patting himself on the back for supposedly being a “free-market economist,” I’ve got a couple simple questions for the fine Congressman.

1. Since you’re against “corporate welfare programs,” would you support getting rid of taxpayer-funded corporate welfare by “U.S. federal and state governments [that] gave away $21.6 billion in subsidies for oil, gas, and coal exploration and production” in 2013 (and every year)?

2. OK, Mr. “Free Market,” would you favor getting rid of the massive indirect subsidies we provide to the fossil fuel industry, including massive sums of money to encourage petroleum-based transportation choices;  subsidization – in a wide variety of ways – of suburban/exurban sprawl; huge national security costs related to defense of oil fields and shipping lanes; and last but certainly not least the enormous health care and environmental costs that are not currently “internalized” in the cost of fossil fuels, simply because the government has not done so by putting a price on fossil fuel pollution? If you don’t support getting rid of direct and indirect subsidies to fossil fuels, and also incorporating negative “externalities” into the price of fossil fuels (e.g., through a revenue-neutral carbon tax), why don’t you?

And no, I’m not holding my breath waiting for an honest answer from you, because I know you don’t have one. 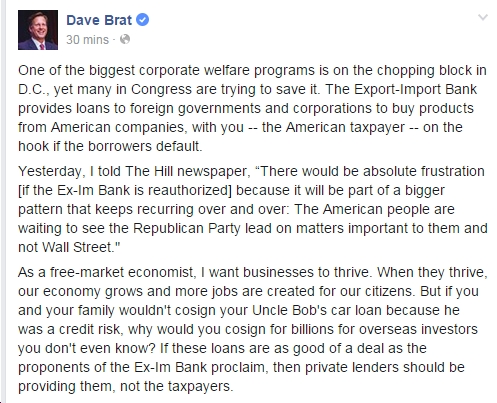