Here is the court order rejecting Virginia Republicans’ request to stay the June 5 order that requires the Virginia General Assembly to draw new congressional maps by September 1, 2015. The General Assembly is now clearly under court order to act by September 1, however much Republicans might not like having fair districts that don’t racially “pack” African Americans (in an effort to dilute their voting power and to protect Republican incumbents like Scott Rigell, Randy Forbes, etc.). 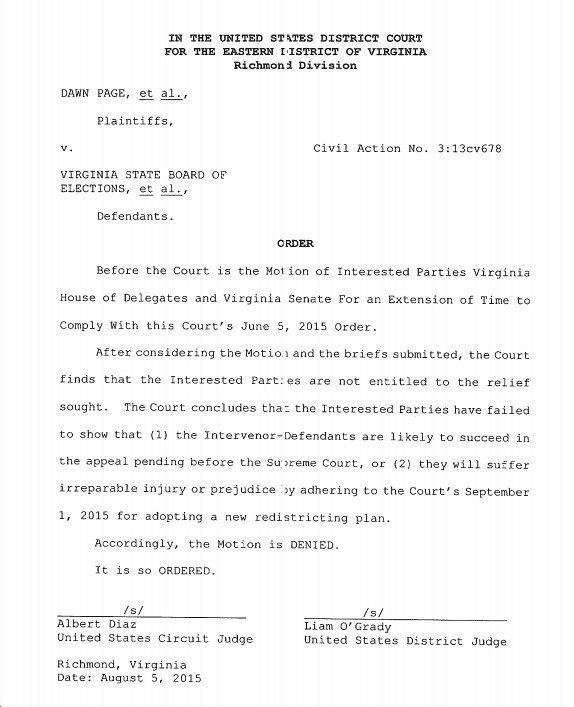