As of 1:10 pm, the Dow Jones Industrial Average was down 99 points (having recovered almost all of its losses after a sharp decline at the outset), but wherever the market ends up doesn’t really matter to the right wingers, who are happily leaping to predictably loony conclusions. That includes top Virginia Republican Party donor Marion “Pat” Robertson (it’s God’s punishment for abortion, but of course) and 2016 Republican presidential frontrunner Donald Trump (it’s the Chinese, natch), neither of whom apparently understands the first thing about economics. Yep, that’s today’s Republican Party – ignorance, hysteria, fearmongering, demagoguery…all wrapped up in one lovely package. Next move: blame Obama, no matter what happens, because that’s just what these guys do! LOL 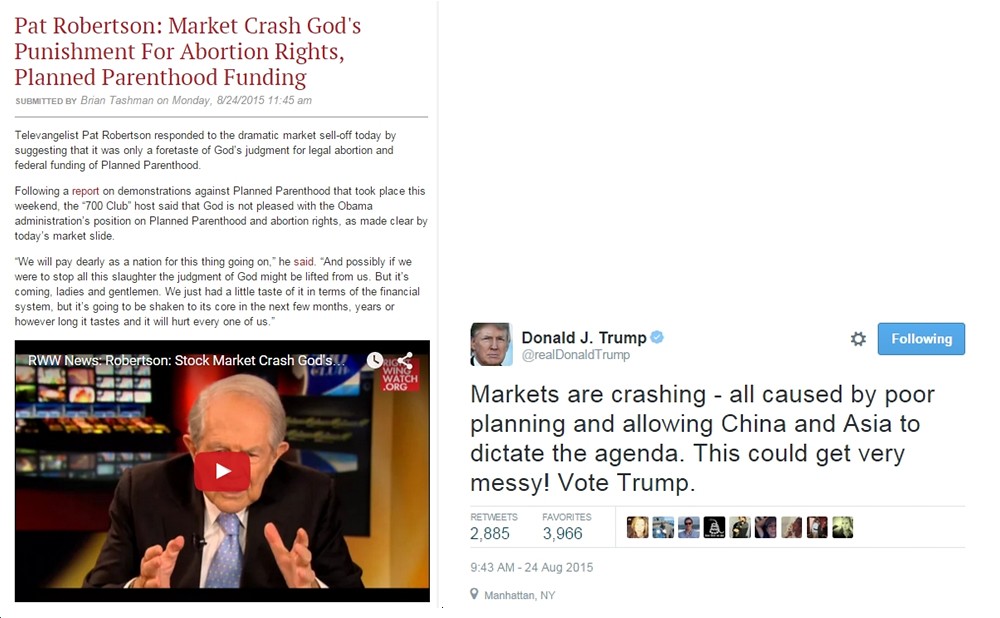 Fairfax NAACP to Fairfax County Board of Supervisors: “The ability to wait in line for hours is a luxury many cannot afford.”