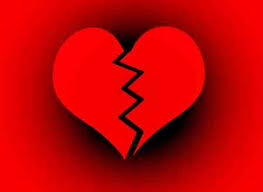 This piece is appearing in newspapers in my area.

As far as I know, I’m the only liberal-leaning columnist who regularly writes with mostly conservative readers in mind. There’s a story behind why that is — a story about love, and one that makes me sad.

The love arose for me during the first decade (starting in 1992) of my doing talk radio conversation with a mostly conservative audience in the Shenandoah Valley.  Over the years, my conservative listeners/callers and I developed a rapport that meant a lot to me.

As for the sad part, here’s an illustration: A lot of conservative readers of this newspaper, I expect, have come to think of a “liberal” as the enemy, and won’t even read a column if they see my name at the top.

An enemy is not what I want to be. I have not forgotten happier days.

When I first started doing radio on Harrisonburg’s prominent AM station, WSVA, I had come to believe that both liberals and conservatives had important truths to offer, and that we should work to bring the partial truths of the two sides together into a higher wisdom.

That was my goal for my radio conversations, and I introduced my shows by saying that we should speak with each other “as if we might actually learn from each other.”

The conservatives I spoke with on the radio were important to me. Their voices and ideas stayed with me even when I was not on the air. And the fruit of all that inner dialogue was a book – seeking that “higher wisdom” — that was published in 1999 and to which I gave the subtitle, “A Quest to Bridge America’s Moral Divide.”

Bridging that divide was important, I thought, to undo the damage being done to our nation by, for example, the polarizing “Godzilla of Talk Radio,” Rush Limbaugh. Polarization takes people away from wisdom, and it disables a citizenry from being able to work together to achieve their common purposes.

For a decade, in the community we created on the airwaves of the Shenandoah Valley, we made progress in building such bridges. And I felt a love for that mostly conservative community. Really, “love” was the right word.

But then came a change-change at the national level, but visible also here locally. It was not a healthy change.

If I had to identify a single person who engineered the change, it would be Karl Rove. He was brilliant at turning one group of Americans against another-and he had access to the nation’s “bully pulpit” from which to do it so powerfully that our local community of respectful conversation got swept away as if by a tsunami.

As someone who was brought up to regard truthfulness as a sacred value, I have found most disturbing the way the good conservatives I used to talk with have been led into believing so many things that are just plain false. It becomes impossible to talk “as if we might actually learn from each other” with people who “know” that the president was born in Kenya, or that the health-care legislation establishes “death panels,” or so many other things that just are not so.

But having discovered how closely guarded are the walls around that system of falsehoods, I’d like to suggest in a different way the regrettable nature of the changes that have taken place, by asking the good, decent conservatives of our area these questions:

1) Twenty or thirty years ago, did you hold your fellow citizens on the other political side in the same degree of contempt, and with the same hostility, that you feel now? (And if you’re younger than that, did your parents and grandparents feel as antagonistic toward Americans of the other party as you now do?)

2) Have your leaders provided you with a positive vision for America’s future. Have they shown an interest – as our political parties, both liberal and conservative, have traditionally done — in making America into something even better than it has ever been?

3) How much of the time do your leaders, when they speak to you, inspire your faith, hope, and love? Or is their focus on evoking in you the opposite of those-your fears and hatreds?

These questions point to an important truth. It’s a truth important to our nation, because America can never be healthy again until America’s good conservatives can give different answers to those questions.

And it’s a truth that brings me sadness because I miss seeing, expressed in our civic arena, all the goodness in my conservative friends and neighbors.