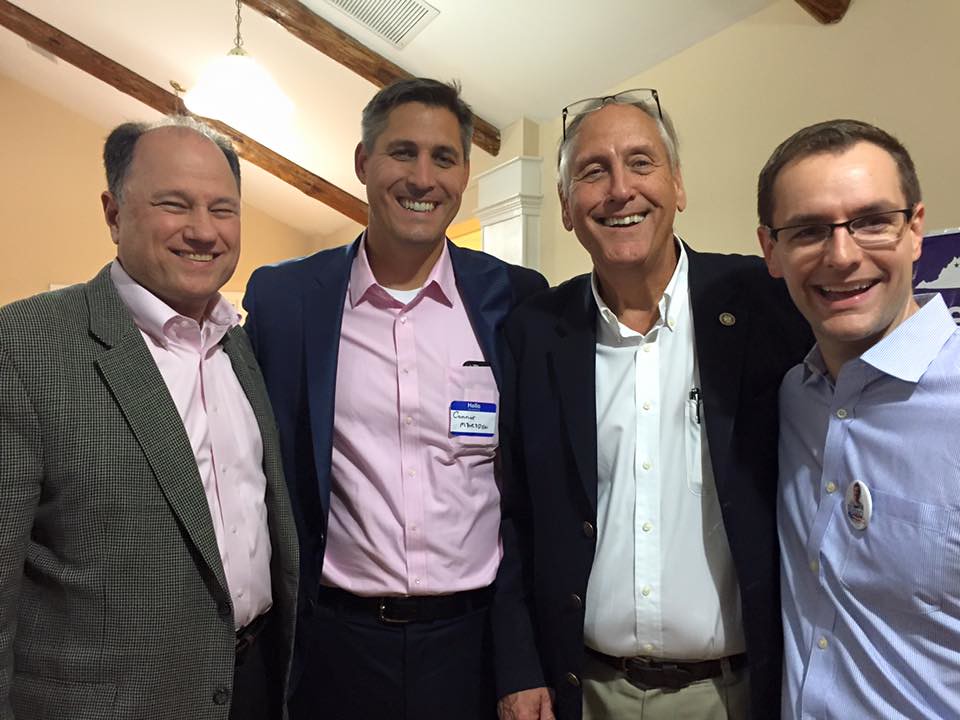 Here are a few national and Virginia news headlines, political and otherwise, for Friday, September 25. Also, check out the photo – courtesy of Tom Greeson – of Hillary Clinton’s campaign manager (also Terry McAuliffe’s 2013 campaign manager and Dave Marsden’s 2005 campaign manager) Robby Mook at an event last night for Sen. Marsden. It’s amazing that 10 years have gone by since Marsden’s 2005 run for House of Delegates, as well as the launch of “Raising Kaine.”

*Pope Francis implores Congress to accept immigrants as their own

*On to New York: Pope Francis to address U.N. and visit Ground Zero

*China to adopt cap-and-trade plan to cut carbon emissions (We should do the same, ASAP.)

*McConnell moves ahead with bipartisan stopgap spending bill (Now, what will the House do?)

*Marco Rubio should scare you: Why his nutty views are no less dangerous than Donald Trump’s (“Whether it’s on tax policy, abortion rights or international affairs, Marco Rubio is a true-believing wingnut” Or climate change.)

*The meritocracy is a lie: The wild myths that allow CEOs, hedge funders and the 1 percent to outearn us all (“The rich aren’t smarter than us and they don’t do more for society. We must rethink how people get paid”)

*House Democrats Could Save John Boehner (“But they probably won’t”)

*Carly Fiorina Makes a Lot of Stuff Up About Everything (“From her time at HP to abortion and assault weapons, Fiorina has an adventurous relationship with the truth.”)

*Let women be priests, Sen. Kaine tells the pope (Kaine is right, but don’t hold your breath on this one…)

*Editorial: State Supreme Court needs some sunlight (“…the faces have changed on the Supreme Court in recent years and apparently so have attitudes toward government secrecy. Two recent opinions handed down by the court this year are examples. Both rulings seem to expand the likelihood that government will withhold more information.”)

*Court picks professor to help redraw Virginia’s congressional district lines (“Bernard Grofman, an economics and political science professor at the University of California, Irvine, was selected after Virginia lawmakers could not meet a Sept. 1 deadline to redraw the congressional boundaries.”)

*GOP’s Ben Carson to hold rally in Loudoun on Sunday evening (I wonder if Eugene Delgaudio, Dick Black, and other assorted extremists will join in the festivities! LOL)