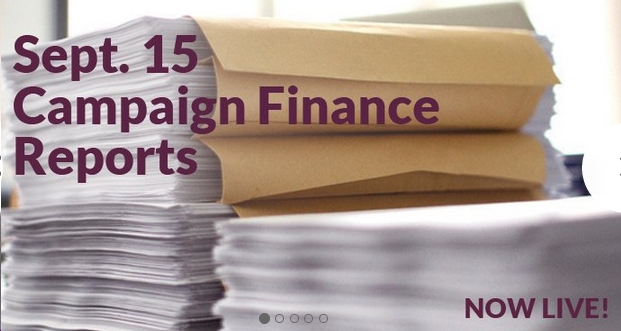 Here are a few national and Virginia news headlines, political and otherwise, for Wednesday, September 16. Also, check out the latest Virginia campaign finance reports, which continue to pour in. I hope to do some analysis of them later today, time permitting, and eventually get to my ratings of key State Senate and other races.

*G.O.P. Debate Night: What the 11 Leading Candidates Need to Do

*Is Jeb tough enough to survive Trump? (“Bush’s top fundraisers fear another lousy debate performance will precipitate an exodus of the big money”)

*The Ugly Message of Trump-Mania (“It’s easy to dismiss his rallies as spectacle, but voters are serious fans of his white nationalist resentment.” Shuddderrrr…)

*Jeb Bush’s ‘voodoo economics’ (That alone should be disqualifying for president; the guy has ZERO understanding of economics. As in, nada, nil, none.)

*How to handle Donald Trump’s bullying (“They treat him as if he were a conventional candidate, and not the schoolyard bully he has been acting like.”)

*Scott Walker’s race to the bottom (Walker is a disgrace.)

*No, Bernie Sanders is not going to bankrupt America to the tune of $18 trillion (Great response to the usual b.s. from the Wall Street Journal)

*Jindal Publishes A Dystopian Fiction About A Future With President Trump (“The only people who would enjoy a Trump presidency are Jimmy Fallon and Stephen Colbert. The jokes write themselves.”)

*Schapiro: McAuliffe, a la Godfather, needs wartime consigliere (“A Virginia governor, no matter how familiar with Virginia government, cannot function effectively without having an enforcer. Terry McAuliffe needs one.”)

*Opinion: Virginia Board of Health should repeal regulations that are closing women’s health clinics (Yep.)

*Senate candidate McCollum’s service claim was incorrect (“In campaign and business writings Gary McCollum said he is ‘currently a major in the Army Reserve.’ The Army said he was discharged in 2001.”)

*Another Beach probe in social services

*Virginia Beach votes to buy cars for light rail, which hasn’t been approved yet