The email below (click to “embiggen”) was forwarded to me with this explanation:

Actually, Whitbeck – the anti-Semitic “joke” dude, by the way, if you’ve forgotten – might actually not be “in big trouble as he seeks re-election,” given that he is “presently unopposed” for Republican Party of Virginia chair (note: Whitbeck announced in June that he’d be running for reelection, to a full four-year term). We’ll see if anyone steps up to challenge him…could be interesting if they do. 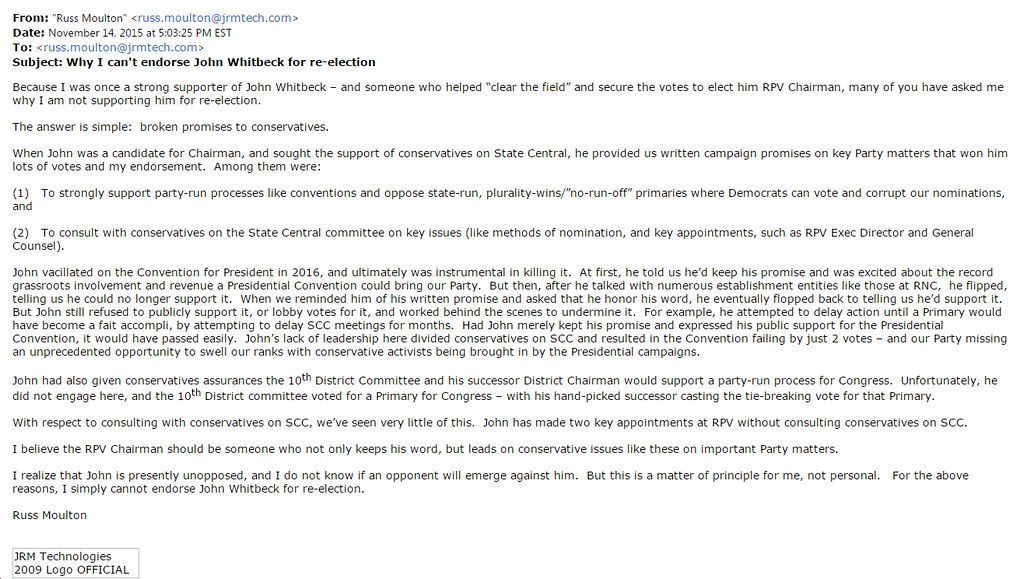