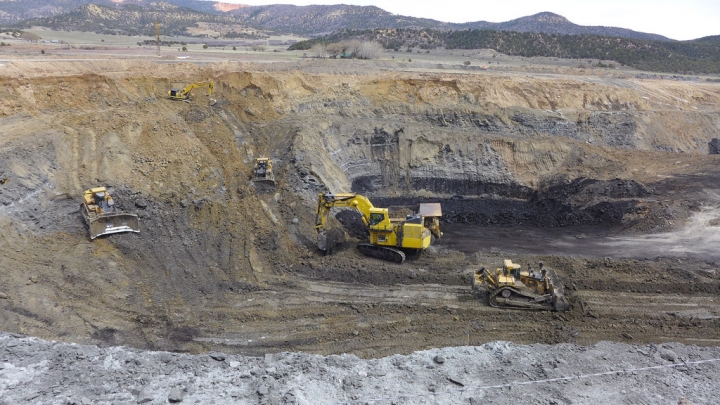 I’m pleasantly surprised to see Sen. Marco Rubio chastise the “lawless” armed individuals in Oregon.  Thus, Rubio correctly notes that we “live in a Republic,” “you’ve got to follow the law,” and elections – not violence – are the way to advocate for a change in policies. I mean, this is all glaringly obvious to anyone who knows anything about our country, but for a “don’t tread on me,” far-right-wing, Tea Party ideologue like Rubio to actually come out and say this stuff is, as I noted, a pleasant surprise. Unfortunately, Rubio didn’t stop right there, but – to paraphrase the saying – kept opening his mouth and proving himself a fool:

Though Rubio said he disagreed with the groups’ methods, he told KBUR that he agrees with their assertion that the federal government exerts too much control over land and resources in the western U.S.

“There are states for example like Nevada that are dominated by the federal government in terms of land holding and we should fix it, but no one should be doing it in a way that’s outside the law,” Rubio said.

In fact, the federal government doesn’t exert “too much control over land resources in the western U.S.” If anything, it exerts far too little. Evidence? Let’s start with oil and gas royalties from drilling and fracking on federal lands.

As a result of the federal government’s failure to modernize its oil and gas program, U.S. taxpayers are losing out on more than $730 million in revenue every year. At the same time, oil and gas companies are stockpiling leases and sitting idle on the rights to drill on tens of millions of acres of public lands. When companies have drilled for oil and gas, the American public has often been left footing the bill to clean up the environmental damage that has been left behind.

Currently, the federal government charges a royalty of only 12.5 percent on oil and gas extracted from public land. This rate has not been updated since 1920; since then, technological advances and changing markets have made oil and gas extraction more efficient and much more lucrative. In 2014, the big five oil companies—BP, Chevron, ConocoPhillips, Exxon Mobil, and Shell—made $90 billion in profits.

Brilliant, huh? How about grazing on federal lands for practically no money at all, which is what ranchers like the Bundys want to keep doing — mooching off of (and damaging) the lands that belong to ALL OF US.

The federal grazing subsidy is even larger when all costs to the taxpayer are accounted for. Indirect costs for livestock grazing include portions of different federal agencies budgets, such as the USDA Wildlife Services, which expends money to kill thousands of native carnivores each year that may threaten livestock; U.S. Fish and Wildlife Service, which expends part of its budget for listing species as threatened or endangered resulting from harm by livestock grazing; and other federal land management agencies that expend money on wildfire suppression caused by invasive cheat grass that is facilitated by livestock grazing. The full cost of the federal grazing program is long overdue for a complete analysis.

In other words, our federal lands — and again, they belong to ALL of us — are being exploited, and damaged environmentally, by the Cliven Bundys of the world for next to nothing. They are also being exploited, and damaged environmentally, by oil, and gas companies, while we the taxpayer actually SUBSIDIZE them for doing so! One final example: “[the] government’s longtime practice of auctioning coal mining rights to a single bidder may have cost taxpayers as much as $28.9 billion over the past 30 years.” Again, we the taxpayers are subsidizing the coal companies to trash the lands owned by all of us. Why?!? No good reason, that’s for sure.

Yet here we have right wingnuts like Marco Rubio actually arguing that the federal government should let these rapacious corporations and individuals have even freer rein to rape and pillage federal lands, all subsidized by the government? So yeah, I’m glad to hear that Rubio doesn’t endorse violent insurrection (although talk about a low bar…), but other than that, his analysis is completely bass-ackwards, just like it is on so many other issues (e.g., “trickle-down economics,” climate change, you name it). Sadly, Rubio’s not an aberration, but simply one leading member of a party and a movement filled with anti-government, anti-environmental ideologues like himself. The only question is, who’s more destructive — the armed insurrectionists holed up at the nature preserve or the Marco Rubios of the world? In terms of actual damage done, it’s almost certainly the latter, not the former.