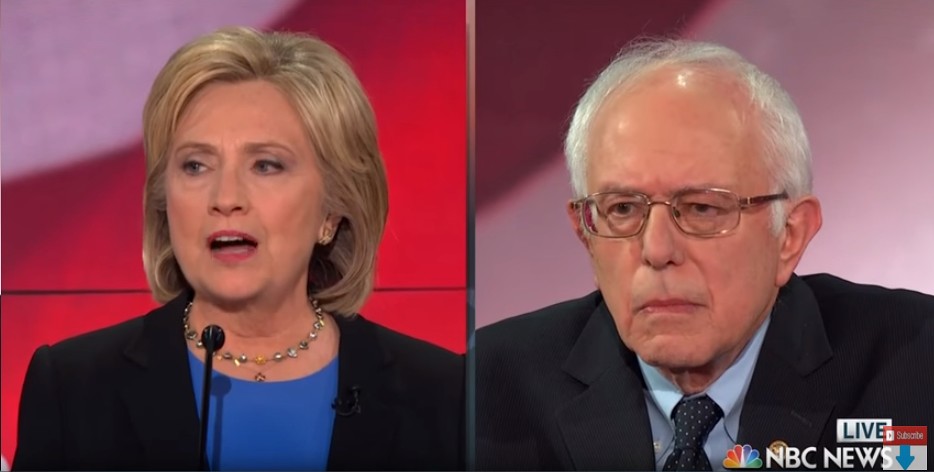 Bernie Sanders and Hillary Clinton have a great opportunity to advance the Democratic cause, but to seize it they’ll have the think
differently about their contest.
A SHADOW OVER THE DEMOCRATIC RACE
This opportunity grows out of a shadow that hangs over the
campaign for the Democratic nomination. It is widely recognized that any
Democrat who is elected president will be unable to accomplish much of what he
or she is calling for.
On the big issues – whether it’s climate change, or guns, or
immigration reform, or campaign finance, or widening inequality – legislation
is required. But as things now stand, any Democratic president will almost
certainly be blocked by the Republicans in Congress. Although we hear talk
about the ability “to reach across the aisle,” after the last seven years –
with a Democrat downright eager to reach across the aisle — we should know
better.
During these years, we’ve seen the Republicans obstruct
President Obama wherever they could, on virtually every front – blocking even
Republican ideas and stonewalling the president’s nominations– in order to make
him fail. There’s no reason to believe they’d stop their wall-to-wall
obstructionism with a President Hillary Clinton or a President Bernie Sanders.
Why would they stop? Their strategy has worked well for them
over the past seven years.  In 2010,
their lies and obstructionism on health care reform were rewarded with a big
electoral victory. And they swept to still more power in Congress again in
2014, after their obstructionism gave America the least productive Congress in
history.
It’s hard to imagine these Republicans working
constructively with President Hillary Clinton– not after they’ve been
demonizing her since the 1990s. (Remember the charge that she’d murdered her
friend Vince Foster?) The Republican base is so convinced that she’s really
evil that they’ll support combat, not cooperation.
Nor will Republicans be interested in working with the
“socialist” Bernie Sanders. That word is enough of a cover for them to adopt a
policy of total non-cooperation with President Sanders, just as they’ve done with
President Obama.
So, for any of the ideas these two strong candidates are
proposing to actually move forward, one of two things must happen. Either the
Republican Party has to change, or the power of the GOP to obstruct progress
has to be taken away.

The Republican Party shows absolutely no sign of changing
into one interested in bi-partisan cooperation for the betterment of America. If
anything, the current presidential race indicates that the GOP is going still
further off the deep end.
So, for the foreseeable future, all the progress Sanders or
Clinton seek requires taking power away from this Republican Party. That means defeating
them in elections. And winning those elections requires changing public opinion.
The job for any would-be Democratic president, therefore, is
to persuade enough of those who have supported Republicans to withdraw that
support, and to inspire the liberal base to act with determination to bring
their leaders to power.
The good news is that this campaign gives Hillary and Bernie
the opportunity to get to work together
to achieve that goal—starting now!
WE NEED A DIFFERENT KIND OF DEBATE
Does anyone really think that the best criterion for
choosing the Democrats nominee is who’s best at fighting the other?
Yes, we need a fighter, but the fight the Democratic
standard bearer needs to fight is not against a rival Democrat but against the
force that stands in the way of accomplishing everything he or she is calling
for.
So we need a debate that enables the Democratic electorate to
judge these two candidates not on how able they are to fight the other, but on
how well they can fight to take power away from the obstructionist Republicans.
Yes, Hillary and Bernie are competing to win the nomination.
But competition can come in different forms.
It can be like two boxers. The blow struck by one is an
injury to the other. That’s pretty much how the current debates are conducted.
But competition can also be like a talent show, where each
gives his/her best performance, and the judges decide who gets the prize.
Better still, the competition can be like two teammates
working together toward victory— each playing his/her best and understanding
that the primary voters will be the ones who decide which member of the team
should be voted MVP.
Imagine the power of what Hillary and Bernie could
accomplish if they agreed together on this:
“We will use the
debates – cooperatively – to create the best conversation we can for the
purpose of taking power away from the political force that will otherwise
thwart all we hope to do.”
(The high-point in the most recent debate was when the two
candidates did essentially this on effort of the Republicans and the Koch
brothers to privatize the Veterans Administration.)
Hillary and Bernie are on the same side in the real battle,
so they should use the debates to work together to create the best possible
message for moving the American people—to fortify the prospects not only of
which ever of them becomes the nominee, but also of retaking control first of
the Senate, and eventually of the House, as well.
(The debates might be officially restructured for this purpose.
But even if the media’s moderators continue in their current role, the
candidates can turn the questions asked into a cooperative conversation to move
public opinion.)
As they fight together against the real opponent, the public
will see: Which candidate is more able to inspire, persuade, and attack in the
ways that are required to take power away from those who stand in the way of the
progress so many of the American people desire?
Which is better for the eventual nominee and for the
Democratic Party? To have its possible nominees bruising each other in events
across the country, exposing each other’s vulnerabilities? Or to have them compete
on how well they can use their rhetorical gifts to make a case to the public as
to why the American people should choose them and other Democrats, and kick the
Republicans out of office?
There's no paywall on Blue Virginia, and we definitely want to keep it that way! If you want to help support our work, you can donate here - thanks! Also, you can sign up for our weekly email list here.