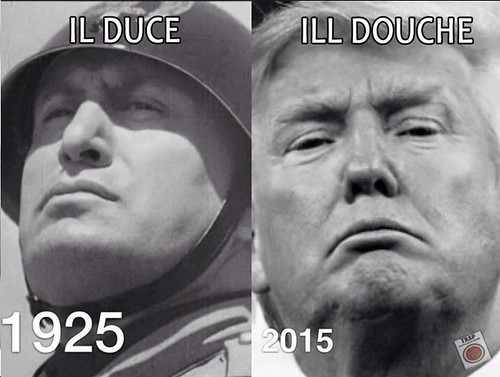 Let me be very clear about this: I will not vote for Donald Trump.  I will not support him if he becomes the Republican nominee.  Not only this, I will work actively against him to ensure his defeat in the general election should he obtain the Republican nomination. In this, I am not alone.  Millions of Americans will not pull the lever for Trump.  Millions more are absolutely sickened by the jackbooted tactics of a militated few.

Let’s be very clear about the roots of this movement, and I’ve argued it before and I will argue it again here.  Nativism is running amok within populist circles, and it must be excised from Republican ranks.  That many of our elected officials do not have the moral backbone to stand up to the populist wave is disappointing indeed, but from the rank and file conservatives?  It must be done.  There is no room for racism within the modern Republican Party — none.

If that offends you?  Tough.

Now, what about all the other non-nativist, non-racist, non-crazy Republicans out there? When will they join Shaun Kenney in a) denouncing Trump; and b) declaring that they will not support him if he’s the party’s nominee? And yes, that’s a real possibility at this point, so staying in denial isn’t going to work much longer. As for those who truly support Trump, at this point one can only conclude that they also support Trump’s misogyny, anti-Muslim bigotry, nativism, racism, enthusiasm for torture (a war crime, by the way), utter lack of class, conspiracy theorizing, etc, etc.  Scary.