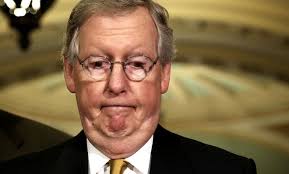 Note: This piece will be running in newspapers in my conservative congressional district (VA-06).

In 2012, Americans engaged in the constitutional process for deciding who would get the powers of the presidency.

In that election – and the one in 2008 – millions of us Americans won an important right: to have our guy name the person to fill a vacancy on the Supreme Court if any were to open up. We won it fair and square.

We can talk about the president’s constitutional responsibilities and privileges, but ultimately this is about the rights of us American citizens who participate in the American electoral process.

For a great many people – on both left and right – the president’s role in naming judges is a major reason we care who gets elected to the Oval Office. Understanding the importance of the Supreme Court, we work hard within our constitutional system of elections to see that – for the following four years – it will be our candidate who gets to shape that Court if the opportunity arises.

We won in 2012, and now that opportunity has arisen.

You Republicans have had a stroke of bad luck. One of your guys on the Court has died at a time that one of our guys is president. Now, you’re going to lose some power. Tough luck, but that’s how our constitution set up the rules of the game.

Accepting those rules is at the heart of the solemn compact we American made to deal with power in our constitutional system.

It’s not as though we on the other side haven’t had to accept losses. Think of how George W. Bush became president in 2000. Think of how a great jurist like Thurgood Marshall got replaced by a not-great jurist like Clarence Thomas. Think about how your five justices gave us the Citizens United decision, burying much of our democracy under the corrupting power of Big Money.

To many of us, these were quite distasteful results, but that’s how the game played out. On those occasions, your side benefitted and our side had to accept the losses. Now it’s your turn to accept a loss, while we get to collect some winnings. Fair and square.

Senators have the role of “advise and consent,” but let’s be clear how that role is and is not supposed to be played. The Senate’s consent is required as a check to make sure that the president doesn’t misuse his or her rightful power. If the president proposes a worthy person, the Senate’s job is to consent.

That’s what happened during the last year of Ronald Reagan’s presidency. In February of 1988, the Senate confirmed Reagan’s nominee for the Court – Anthony Kennedy – by a 97-0 vote. Of course, many of the Democrats joining in that unanimous vote had major differences in political ideology with Kennedy. But Kennedy was the president’s choice, and he met the criteria that are legitimate for the Senate to use in deciding whether to “consent.”

These are legitimate criteria: is the nominee 1) a highly qualified jurist; 2) of good character; and 3) someone who cares about the good of the nation? With respect to ideology, one might add only this limited criterion: 4) do the nominee’s general views of the law and the Constitution fall within the broad mainstream of American jurisprudence?

Within the limits of these criteria, the president gets to shape the Court.

You win some and you lose some. But you play by the rules and accept the outcome of the game. Some of these rules are implicit, and the Republicans’ refusal to confirm a worthy nominee from the president would be a violation of the Constitution’s implicit rules.

Can anyone argue with a straight face that our founders would approve of the position the Republicans have taken: refusing to confirm just because they want to wait until the power of the presidency might be theirs again?

Accepting losses as well as victories is at the heart of our constitutional system, which our founders gave us to enable us to live in peace with each other, rather than waging wars to determine who gets power.

Respect for the rules is at the heart of our heritage: we reaffirm that whenever our leaders take the oath of office, and whenever we pledge our allegiance “to the Republic” for which our flag stands.

By the rules, we won the right to have our guy – President Obama – name worthy people to fill judicial openings. And we’re not going to stand by and let Republican Senators steal that right from us.