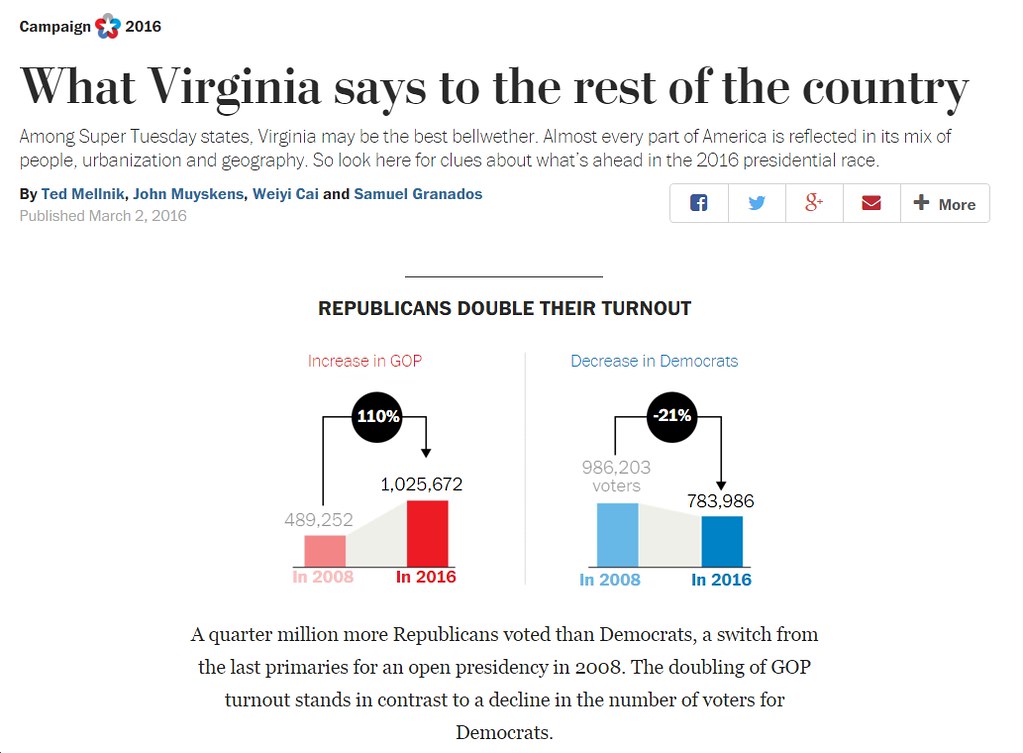 Is this “analysis” by the Washington Post as wildly misleading as it seems? Why yes…yes it is! Here are a few reasons why I say that (note: I also checked with several political pros to see what they thought, and am including their reasons as well, in quotes).

So why does the Washington Post push this fallacious crap as “news,” especially when it’s really just a bulls*** GOP talking point to try to depress and demoralize Democrats? I asked a few political friends what they thought. Here’s a sampling.

Anything else we all missed? Feel free to weigh in about the godawful corporate media, and the Washington Post specifically, in the comments section.