This letter (see screenshots below), from 11 Northern Virginia Republicans, is a disgrace and should be a great campaign issue for Democratic challengers next year. Yes, Metro has internal “inefficiencies” and “issues” that need to be addressed, but that doesn’t obviate the dire need for a dedicated funding source for this crucial transportation system. Of course, for rabid, right-wing ideologues like the ones who signed this letter, taxes are evil, not the necessary price we pay so we can have nice things like a world-class transportation system. Instead, we get this wildly irresponsible, Metro-bashing crap from Virginia Delegates Tim Hugo, Dave Albo, Jackson Miller, Jim LeMunyon, Randy Minchew, Richard Anderson, Scott Lingamfelter, “SideshoW Bob” Marshall, Mark Dudenhefer, Tag Greason and Dave LaRock. All need to be defeated next year for reelection.

P.S. In response to a comment on Facebook about gerrymandering, I’d note that Mark Dudenhefer is in a 56% Mark Herring district; Tag Greason and Jim LeMunyon are in 54% Mark Herring districts; Dave Albo is in a 53% Mark Herring district; Scott Lingamfelter 52%; “Sideshow Bob” Marshall 51%; Jackson Miller and Rich Anderson 50%, Tim Hugo 47%. All of those, with the possible exception of Hugo’s district, are most certainly winnable by Dems in a gubernatorial election year. And that’s even WITH GOP gerrymandering! Remember, there are around 18 “Obama/Kaine” Virginia House of Delegates districts currently held by Republicans. Dems need to start winning those back. 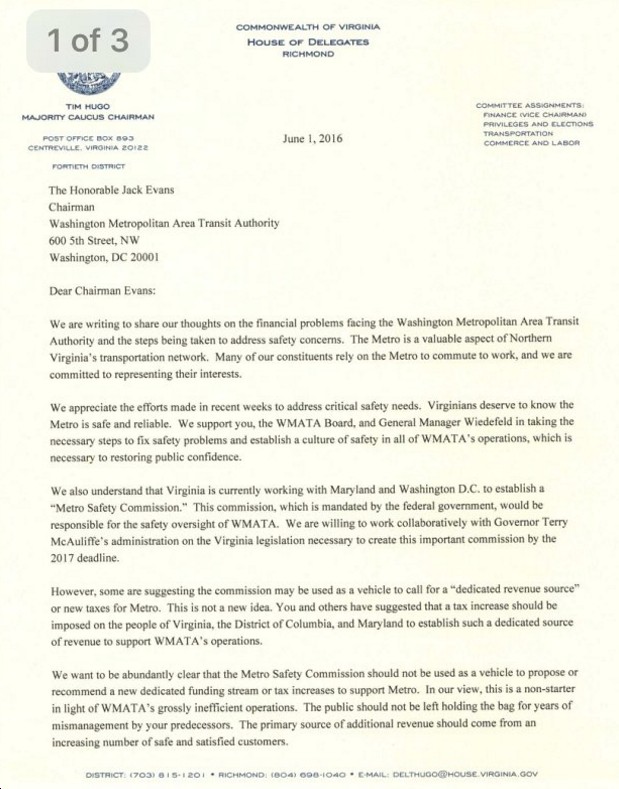 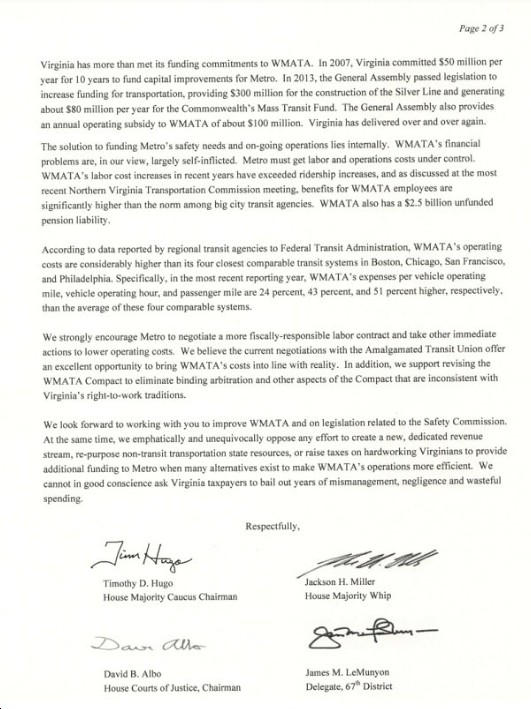 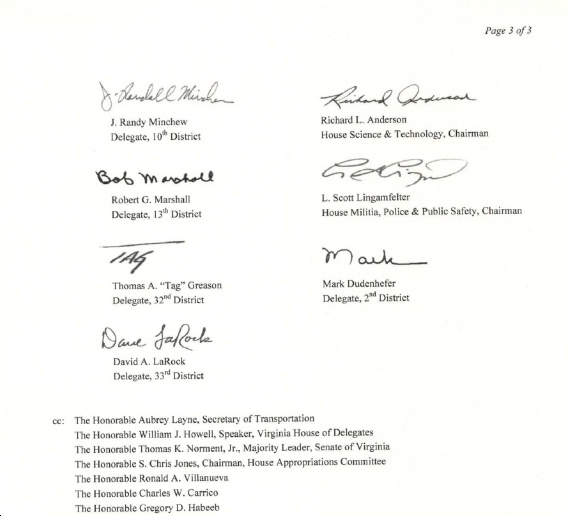