Wow, this is bad.

“The lack of affordable housing is a crisis. We need solutions, not stereotypes.”

On Thursday, September 1, 2016, at 11:00am, immigrant tenants from Northern Virginia will join together in protest of offensive and stereotypical comments made by David Hillman, chairman and CEO of Southern Management Corporation. The protest will take place in front of the offices of Southern Management, at 1950 Old Gallows Road, Vienna VA 22182.

In responding to a tragic apartment explosion in Silver Spring that killed seven immigrant tenants including two children, Mr. Hillman said, “They’re not as poor as people think. Immigrants have different needs than native-born Americans. To them, living three to four to a room is not an inconvenience.”1 These comments, by a major real estate developer who manages many predominately immigrant apartment complexes, embody a pernicious stereotype about immigrant families that they are undeserving of just and dignified housing conditions.

“When I heard about what Mr. Hillman said, I felt offended, like he was calling me something less than human,” said Everth Sanchez, an immigrant tenant in Falls Church. “Does he think my children don’t deserve a quiet place to do their homework in the evening? Does he think our community enjoys living with three families to a two-bedroom apartment?”

“The lack of affordable housing is a crisis. We need solutions, not stereotypes,” said Edgar Aranda-Yanoc, Organizing Coordinator of the Legal Aid Justice Center. “Apartments in some of the worst-maintained complexes in Annandale and Falls Church cost around $2000/mo. But the minimum wage in Virginia is still $7.25/hr., and many immigrant workers are paid even less than that. Housing is a right, and it is being denied to our community.”

“The wait list for affordable housing is a mile long, and many immigrants—even legal immigrants with statuses like TPS or DACA—don’t even qualify,” said Simon Sandoval-Moshenberg, Legal Director of the Legal Aid Justice Center’s Immigrant Advocacy Program. “Immigrant families, even with two parents working full-time jobs in restaurants or construction, are paying most of their income in rent. If they get sick and miss work, they don’t get paid, they fall behind on rent, and they can find themselves evicted so quickly it leaves their head spinning. I can’t count the number of tenants I’ve represented who paid their base rent in full, but were still placed in eviction proceedings for missing a utility payment or some other junk fee of as little as $250, which balloons to $1000 with all the late fees and legal fees that the landlords add on.”

“Mr. Hillman should keep in mind that the protection of the federal Fair Housing Act extends to all tenants, even immigrants,” said Mary Bauer, Executive Director of the Legal Aid Justice

Center. “Such statements can send immigrants the message that they are not wanted here. That can violate the law.”

Immigrant tenants and their supporters will be protesting in front of the offices of Southern Management to demand that David Hillman apologize and retract his comments, and instead of peddling in stereotypes, work together with immigrant community leaders to find a solution to the affordable housing crisis for immigrants in Northern Virginia, such as committing to offer a greater percentage of apartments in every development he manages for families below 40 percent of the area median income.

The Legal Aid Justice Center’s Immigrant Advocacy Program represents low-wage immigrant workers and tenants in court and administrative proceedings, counsels them about their rights under federal and state law, and defends them against eviction actions and substandard housing conditions. We seek to stop unjust employment and housing practices and assist hard-working immigrants throughout Virginia who face discrimination and exploitation. 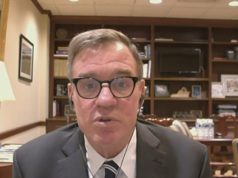