This new poll is consistent with what I’ve been hearing for a while now, but it still boggles my mind that friggin’ Joe Morrissey – yeah, this guy – is the clear frontrunner for Mayor of Richmond with 69 days left. Yet CNU’s Wason Center poll finds that “Joe Morrissey has 28% of the city-wide vote in the crowded 8-person field for mayor,” and that “Morrissey has a commanding lead in 3 districts; to avoid a runoff, a candidate must win at least 5 of the city’s 9 districts.” Also, what’s the deal with Levar Stoney in fifth place, with just 7%, despite raising a s***-ton of money and being the clear favorite of Gov. McAuliffe? Part of is name ID; as you can seem from the second table, below, Morrissey is by far the best-known candidate, albeit a polarizing one in terms of favorable/unfavorable rankings. 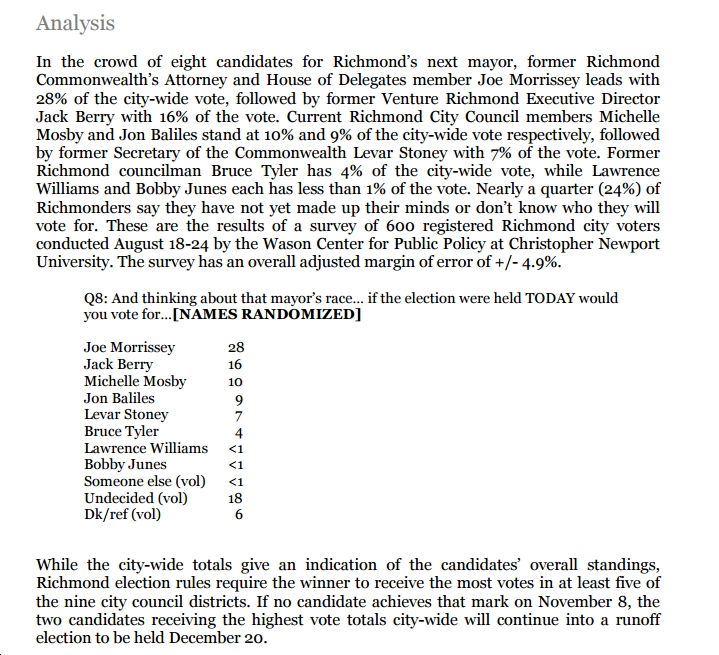