Back in July, I posted Extremists for Barbara Comstock: A Reminder of the Far-Right-Wing Loons Who Have Endorsed Her, which reviewed  a few of the loons who endorsed her the last time she ran for Congress (in 2014) and others with whom she’s Best Friends Forever (BFF). I thought it might be interesting to look at what some of these Comstock BFF’s have been doing or saying THIS election cycle. Highlights include:

Donald Trump: A self-professed big “fan of Barbara Comstock and her bold leadership,” Trump – as we are all well aware – has been busy this election insulting women (and implausibly denying that he’s been a sexual predator on women for much of his life), the military, people like war hero John McCain “who were captured,” the disabled, Latinos, African Americans, and pretty much everyone else, while encouraging violence and preying on the absolute worst in human nature. Yet, until very recently, Comstock had never broken with Trump – probably because she mostly agrees with him on the issues, and also because she’s a hardcore right-wing Republican. Now, she’s ostensibly disavowed Trump, but as new polling finds, 10th CD voters, by a 2:1 margin, believe that Comstock did that purely out of political self interest, rather than because she’s independent-minded or particularly concerned with doing the right thing. 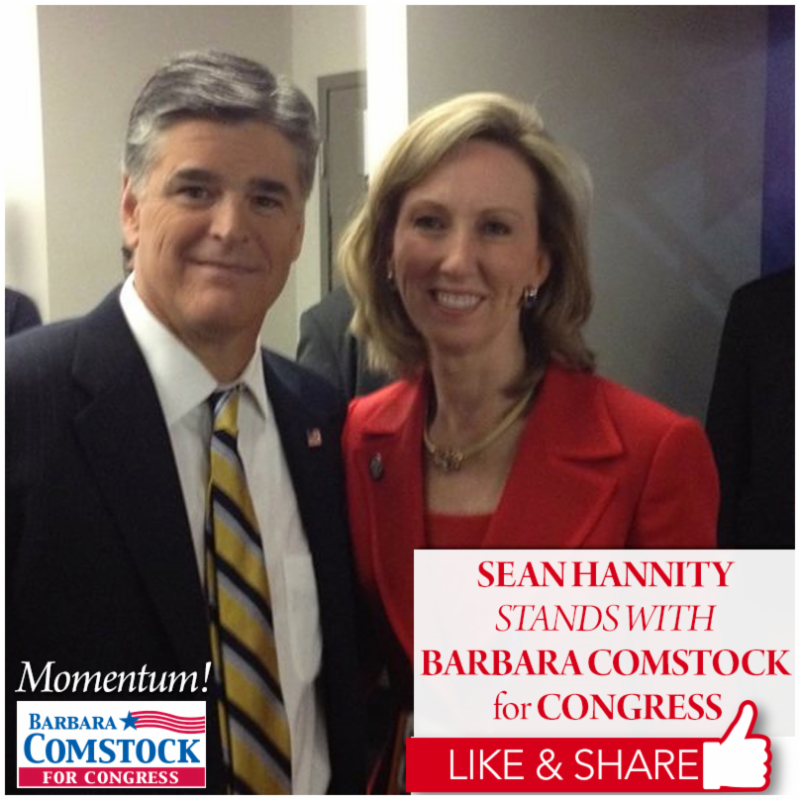 Sean Hannity: This nutjob, who “proudly endorse[d] [Comstock’s]  candidacy” in 2014, merits an extremely long entry for all the heinous stuff he’s done this election cycle. I mean, you could literally spend the whole day on sites like MediaMatters and others, but here are just a few headlines to give you a flavor of this Comstock BFF’s lunacy and extremism.

Again, this could go on all day, as Hannity is as big an extremist and Trump fanatic as they come. Oh, and he’s also a huge fan of Barbara Comstock. Hmmmm… 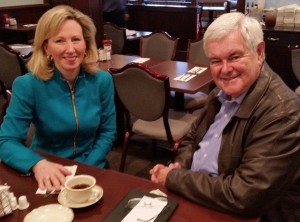 Newt Gingrich: Another big Comstock supporter in 2014, Gingrich recently stated on Sean Hannity’s show (but of course!) that the media was engaged in a virtual “lynching” of Donald Trump.  Also see:

This one could go on all day as well, but I think that gives you a decent taste for where this Comstock BFF is coming from. Repulsive.

Penny Nance of the extremist group, “Concerned Women for America”, of  Barbara Comstock to Attend Fundraiser With “Age of Reason Led to Holocaust” Extremist fame. Ugh. Anyway, here are a few Nance “highlights” from the past few months.

Again, there’s a lot of material here from this Comstock BFF, and none of it reflects well on Nance…or Comstock.

Bottom line: if you believe that the people who strongly endorse a candidate are relevant in determining whether or not you agree with that candidate, I’d argue that the vast majority of 10th CD voters would NOT want to associate themselves with any of the garbage spewing out of the mouths of Comstock’s BFF’s. Nor would they want to vote for someone who is proud to call these people her supporters. Instead, please vote for Democrat LuAnn Bennett on (or before, if you can avail yourself of early voting) November 8th — someone who much more closely matches the 10th CD than far-outside-the-mainstream Barbara Comstock and her extreme supporters.