Interesting findings in this new Winthrop University poll of Virginia:

Second, I sure hope this finding is accurate and that the Orwellian-named “right-to-work” (aka, “right-to-be-poor,” “right-to-maximum-corporate-profits-while-screwing-over-workers”) constitutional amendment will go down to defeat on November 8.

Finally, note the party split on restricting Muslim immigrants? Overall, 84% of Dems say either “strongly” or “somewhat” should NOT restrict immigration of Muslims to America, while 68% of Republicans say that Muslim immigration SHOULD be restricted. Which one’s the party of xenophobia and anti-Muslim bigotry, again? 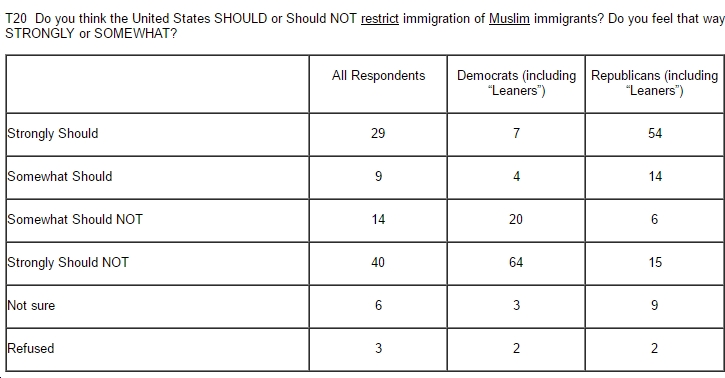