By Peter Billings, an attorney practicing criminal defense and family law in Connecticut. He handles cases ranging from DUI and domestic violence to divorce and alimony.

The U.S. 9th Circuit Court of Appeals has ruled against overturning Mohamed Osman Mohamud’s criminal conviction because of the court’s determination that the techniques used to identify him as a potential terrorist did not demand the need for a warrant. On Monday, December 5, 2016, the same court also dismissed an entrapment defense used by Mohamud’s legal team in the hopes of having his sentence reversed.

Mohamud is a Somali-American who was accused of attempting to bomb a 2010 Christmas ceremony in Portland, Oregon. The FBI caught wind of his scheme and decided to catch him in the act by going undercover as jihadis and giving him the resources to carry out the mission. Once he took the bait, the agents were able to arrest him and send him to trial, where he was given a 30-year prison sentence.

However, after his conviction, the U.S. government released information showing how it employed surveillance techniques detailed in Section 702 of the FISA Amendments Act to gain access to and search Mohamud’s email. After learning of this, Mohamud’s attorneys tried to reestablish his case, but a judge quickly denied their attempt. His defense team then tried to further appeal the case, but the 9th Circuit Court of Appeals rejected their motion.

Mohamud started toying with Islamic extremism in 2008 after he thought he had been a target of racial discrimination at Heathrow Airport in London. While he was in Great Britain, he made an email account named truthbespoken@googlemail.com.

He started communicating and befriending many Muslim extremists who were eager to spread their beliefs to any person who was willing to join the cause. One of the men he was emailing with happened to be Amro Al-Ali, a Saudi national who got in touch with him at a Portland mosque.

What Mohamud didn’t know was that Al-Ali was being surveilled by the FBI, and that their communications caused law enforcement to start following him on a regular basis. His father had even sent the FBI an email he had read that was extremely troublesome and had him worried about his son’s potential actions. Mohamud was then contacted by an undercover FBI contractor and an undercover agent who were able to trick Mohamud into thinking that they were actual terrorists.

The two individuals helped Mohamud come up with a plan to terrorize a Portland Christmas tree ceremony on November 27th, 2010. They even gave him a fake detonator and sent him to carry out the mission. On his way to the Christmas tree ceremony, Mohamud was apprehended by the FBI and taken into custody by the United States government.

During his trial, Mohamud’s legal team was informed relatively late that he was under lawful surveillance because of Section 702 and his close relationship with Al-Ali. However, the 9th Circuit Court of Appeals ruled that Mohamud could not show that he had been discriminated against because of this late disclosure. The court decided that he had been given his full rights and that his position would not have changed regardless of the government’s actions.

The judges also concluded that a warrant to search Mohamud’s emails was not necessary and were only intercepted because they were targeting Al-Ali, who is a foreign person with no guaranteed protections under the Fourth Amendment.

The American Civil Liberties Union (ACLU) is outraged by the court’s ruling and believes that the government should be forced to obtain a warrant for surveillance, even when a person is communicating with people who happen to be overseas.

Patrick Toomey, a lawyer for the organization, said that this type of surveillance is in direct violation of the “constitutional safeguards intended to protect Americans’ privacy,” and he vows to guarantee that the American people are given their full rights by making sure that federal employees are granted a warrant before they are allowed to open up surveillance on a U.S. citizen.

As for Mohamud, he is currently behind bars at a federal prison in California and is expected to be released in 2037. 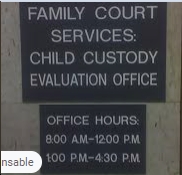