This past Sunday, January 15th, hundreds of energized Democrats rallied together at the Bell Tower in Richmond to defend the Affordable Care Act. With votes already circulating through Congress, and less than a week left before Inauguration Day, the rally was one of many throughout the country designed to both raise awareness and signal a volley of public political pressure.

Several speakers addressed the continuously-building crowd, including candidates for Lt. Governor, candidates running for Governor, Congressman Bobby Scott, Governor Terry McAuliffe, and Senator Tim Kaine. Other speakers included community and health care leaders, as well as a young mother who shared her story about how she owes her life to the Affordable Care Act.

It was a fitting event to have on Dr. Martin Luther King Jr.’s birthday, and Senator Kaine presented a simply question for the crowd when it came to the idea of repealing the ACA: “Do we have hearts of stone now?”

(you can find more pictures from the event here.)

The Affordable Care Act is not perfect. During the arduous process of getting the bill passed during the early periods of President Obama’s first term, much of the bolder provisions of the bill – such as the public option – was stripped and others watered down. Many businesses found loopholes to get out of providing coverage which in turn actually created negative outcomes for many, and there are folks all across the country that had to change their plans or change doctors.

Despite all of those shortcomings, the ACA has saved lives, and continues to do so. There are millions of Americans who are able to actually afford life-saving procedures and medication because they can’t be denied insurance based on pre-existing conditions, are not subject to lifetime coverage caps, and actually have network providers they can visit. Millennials with debilitating college debt can also stay on their parents’ plans until their late twenties, and thousands of Americans across the country are no longer stuck between qualifying for benefits because their states took advantage of Medicaid expansion.

As mentioned at the rally, passing the Act has also dramatically changed the national narrative of how we talk about health insurance. Even those who are completely opposed to government-provided health care are now forced to talk about the kind of insurance that is being provided rather than whether or not insurance is provided at all.

In short, the ACA should never have been demonized the way it has been by Republicans, and it is a first and important step toward a system which ensures no one should choose between bankruptcy or death.

It’s also something I spent three months of my life fighting for.

Right after I graduated from Georgetown back in 2009, I signed on as a Summer Organizer for Organizing for America (the successor organization to Obama for America,) and moved to New Mexico to build grassroots awareness and support for the ACA. My organizing territory was a large swath of northern Albuquerque, and I eventually was given reign over eastern parts of it as well. Apparently being able to convince people to go canvassing in 100+ degree weather is marketable.

By the end of the summer, we had dozens of volunteers knocking doors, making phone calls, and ensuring representatives in Congress knew where their constituents stood. It wasn’t the exact same bill we started with, but we could all be proud of what we had accomplished in such a short time the year after a presidential election; we had overcome electoral burnout and got folks to stay engaged, even for a short time.

Even though many of the volunteers and advocates I met during that Summer didn’t, and likely never will, fully benefit from the Affordable Care Act, all of them still acknowledged that fighting for it was the right thing to do. Many of them also believed that a single-payer system is actually where we need to go, but they were willing to fight for this first important step toward that goal, and they earned my admiration for that.

OFA New Mexico wasn’t alone, either; thousands of volunteers were activated by organizers all over the country for that same fight, and we were all able to share the victory that we had help achieve when the ACA was finally passed. 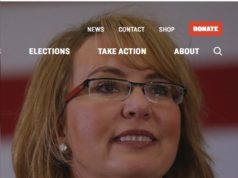