Speakers in the following video (great job by David Martin – thanks for recording this!) from the “Save Our Healthcare” rally earlier today in Richmond include Democratic gubernatorial candidates Ralph Northam and Tom Perriello; Democratic Lt. Governor candidates Justin Fairfax, Susan Platt and Gene Rossi. Great stuff; check it out. Large and fired-up crowd too!

Speakers in the next video include (among others) Rep. Donald McEachin, Rep. Bobby Scott, Gov. Terry McAuliffe and Sen. Tim Kaine.

And now some photos, by Sue Langley and Sandra Klassen, of the rally in Alexandria earlier today to save our healthcare. 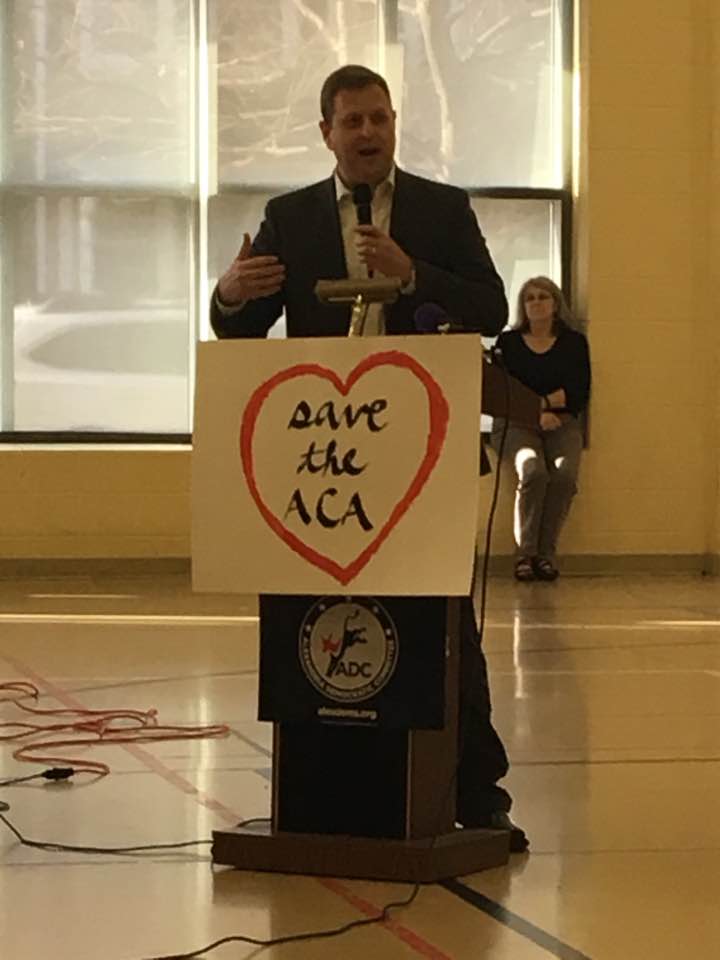 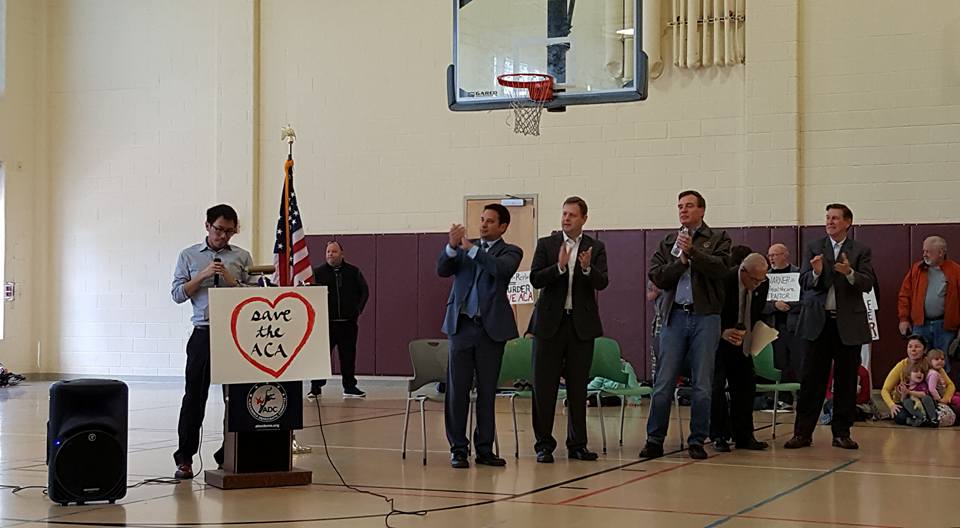 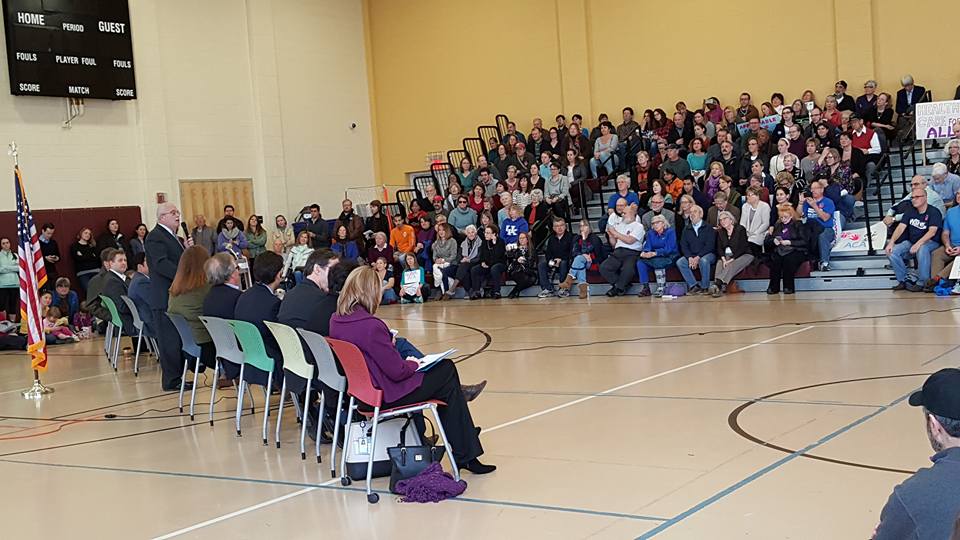 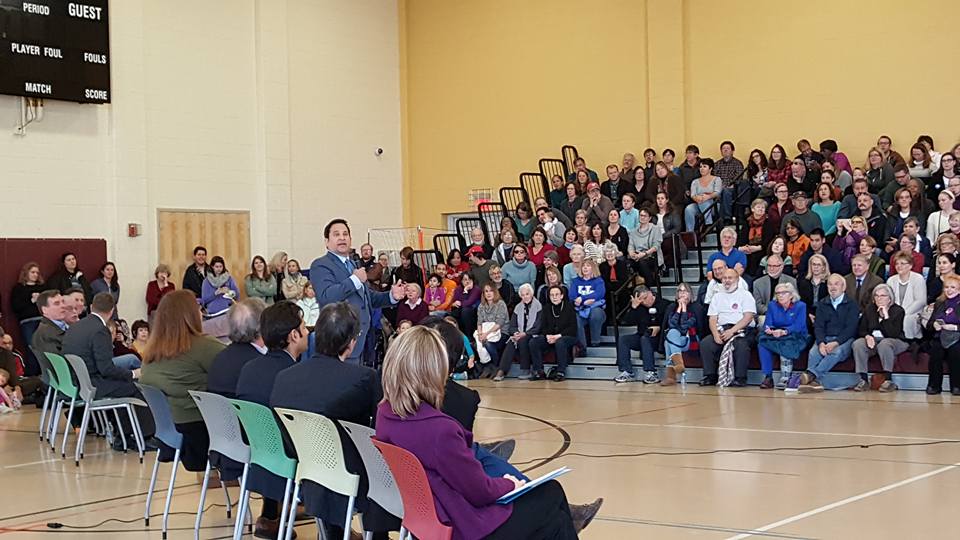 Signs in the crowd explain what we’re fighting for…and against! 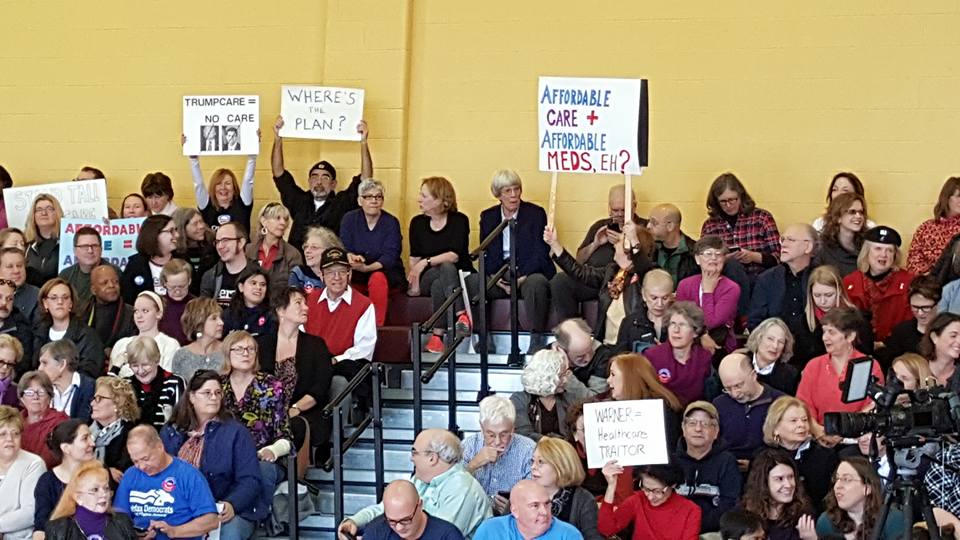 Rep. Gerry Connolly next to someone holding a sign 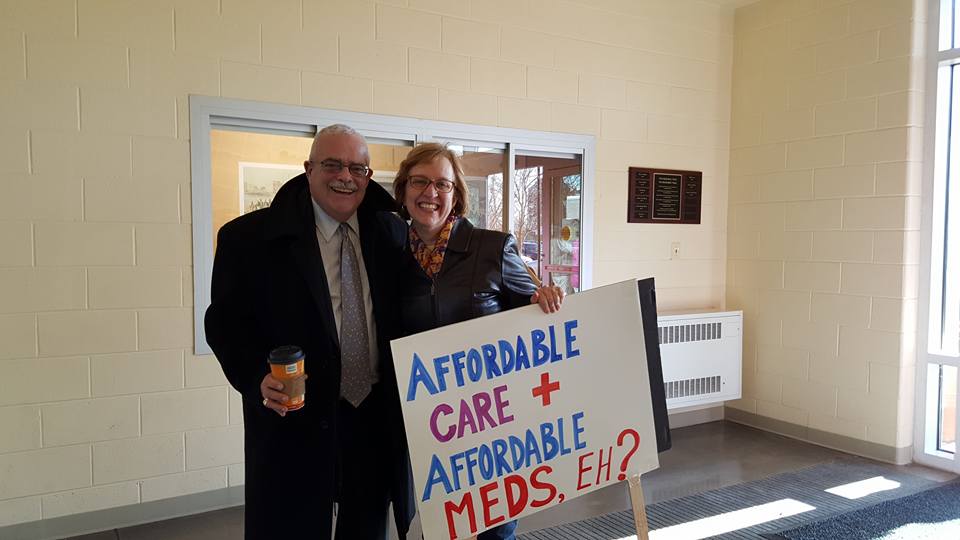 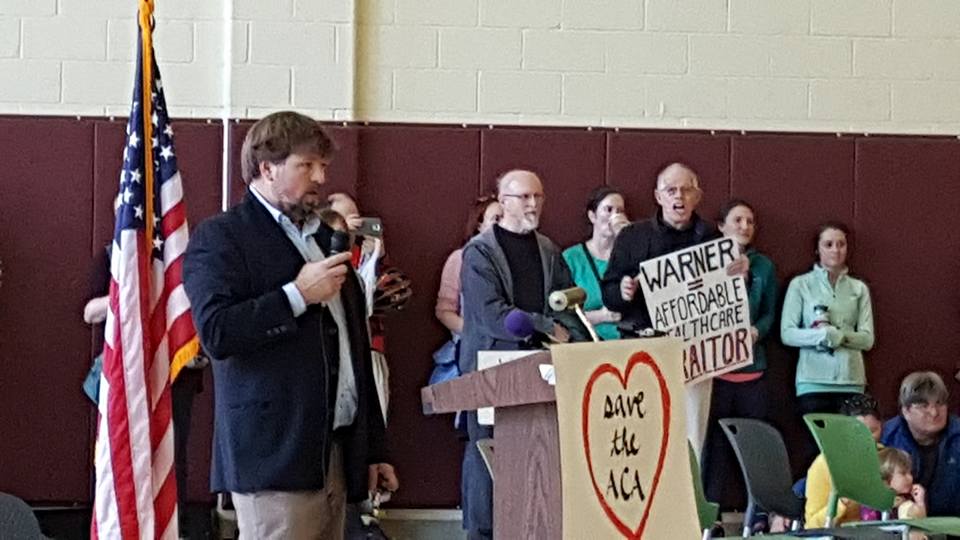 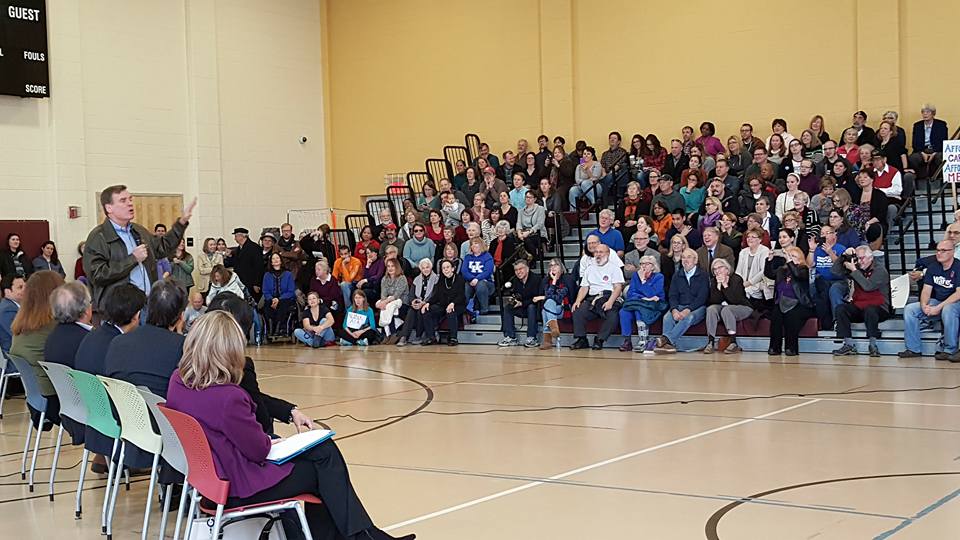 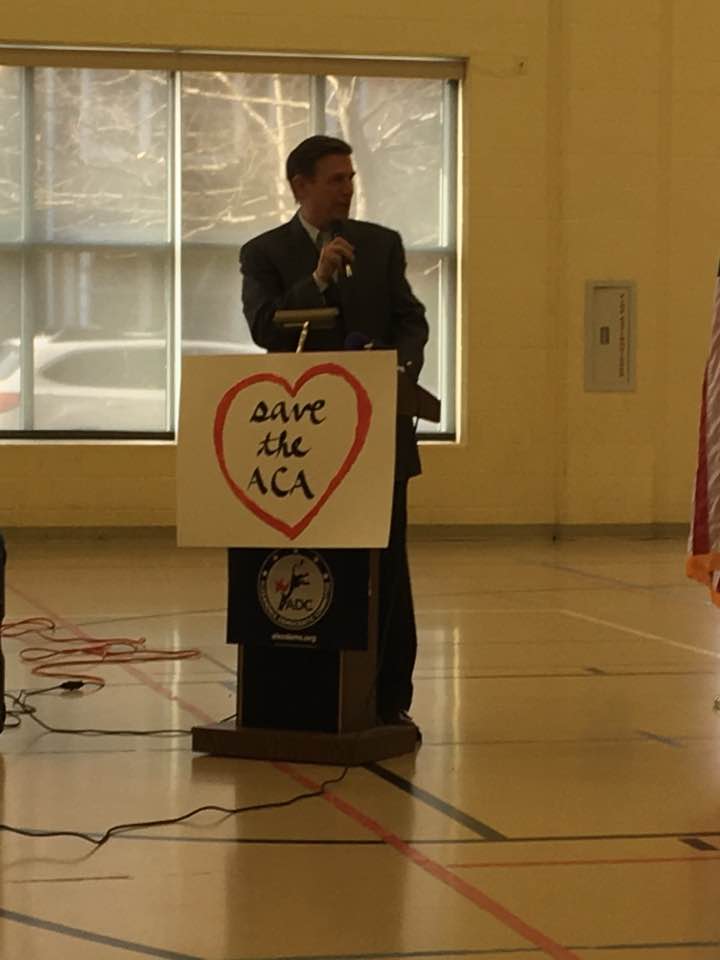 UPDATE: Here’s full video of the rally in Alexandria.