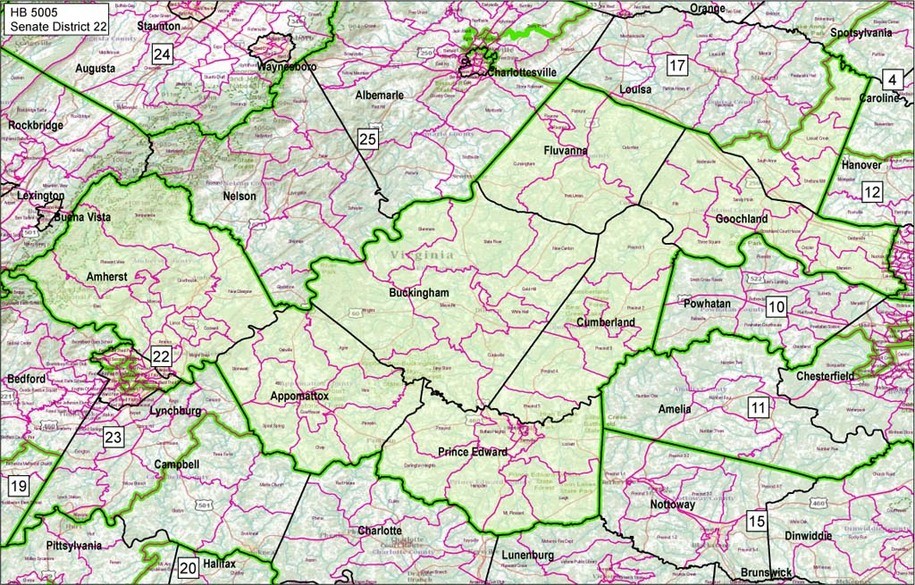 Above map is from this site.

Federal gridlock has direct repercussions on Virginia’s economy.  To wit, we are in the midst of a budget shortfall.  To be more specific, Virginia’s budget is $1.5 billion in the hole.  It will eliminate pay raises for state employees, and may even require layoffs. State funding for higher education, and really, education in general, has faced a steady decline:

Even as the economy rebounded, higher education funding for Virginia’s public colleges and universities remained 22 percent below 2008 levels, according to the Center on Budget and Policy Priorities. Link.

Thank you, Robert Hurt, for your hatred of all things governmental, as you move on with your U.S. Congressional federal pension.

Democrats when in power, fix the budget and make government work.

Republicans do the exact opposite. 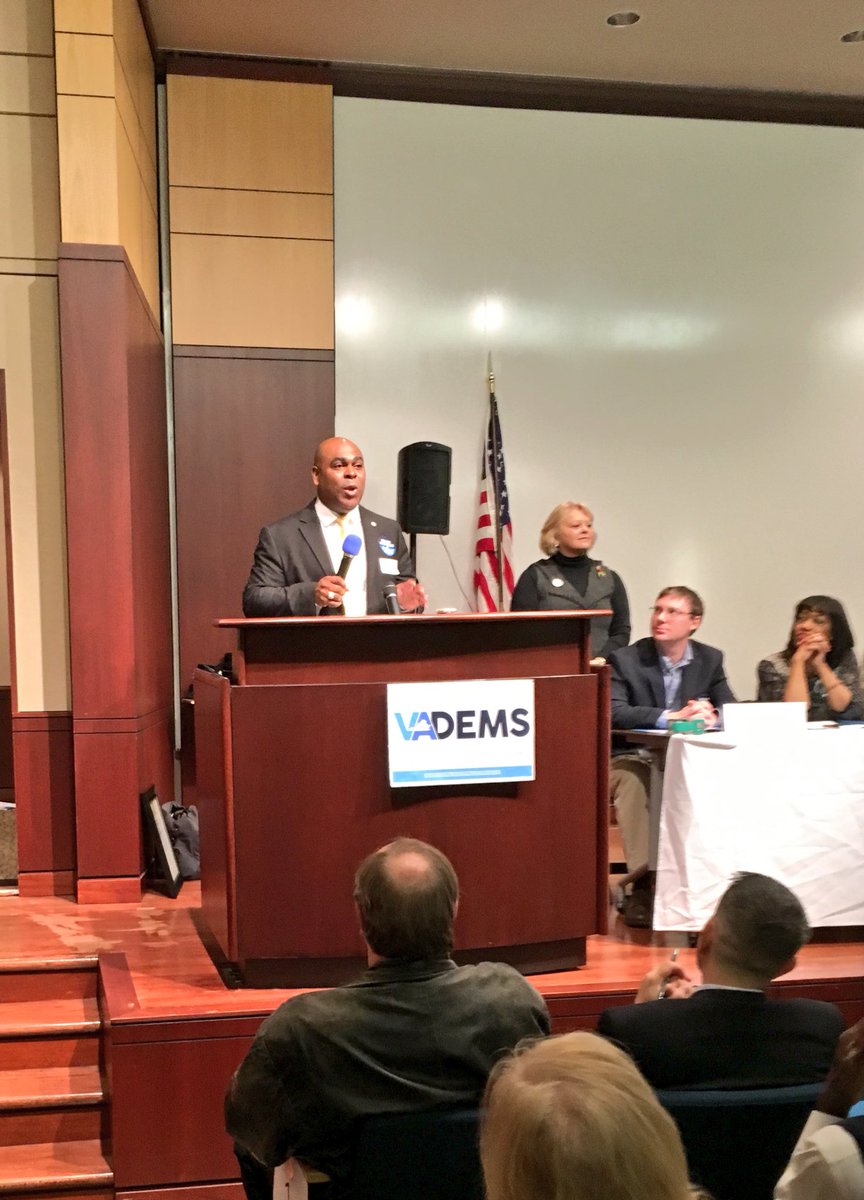 I live in the heart of Virginia State Senate District 22.  It is a rural district. If you look at that Wikipedia page, you will see that the boundaries have been changed a few times.  In this incarnation, the power center — the urban power center  —  in this district is the City of Lynchburg, Virginia.

In this upcoming special election, on January 10th, 2017, education will be a main focus for the candidate from State Senate District 22 (SD22).  The other focus will be economic growth for this rural district, so all can benefit from incoming businesses. That candidate is Ryant Washington.

This special election is being held because the previous occupier of SD22 was elected into Virginia’s 5th Congressional District and will be going to  Washington to continue obstructing government, exactly as his predecessor did.

Sometime in early December, the Republican Party of Virginia (RPVA) chose Lynchburg attorney Mark Peake as their candidate in a party convention.

Around the same time the Democratic Party of Virginia (DPVA) was holding a caucus in the town of Farmville.  I was sent an invitation for that but was unable to attend. Out of a 145 votes cast, Ryant Washington  won with 108 caucus votes.

I’ve lived in this district for a while now and over the years,  I’ve met many of the candidates, usually in passing.    I have friends from both sides and when I’ve been invited, I’ve gone to various events held in homes of people I know, and have met the candidates. As I said, this is a rural district.  We know each other and try to get along, even if we vote differently.

People living in rural America have the same concerns as urban America.  Really.

Parents in rural america are the same as parents anywhere else in the country, and want the same things for their children — they want to see their kids do well in school, get a good education, live a good life and support themselves.  What parent does not want this for their children? 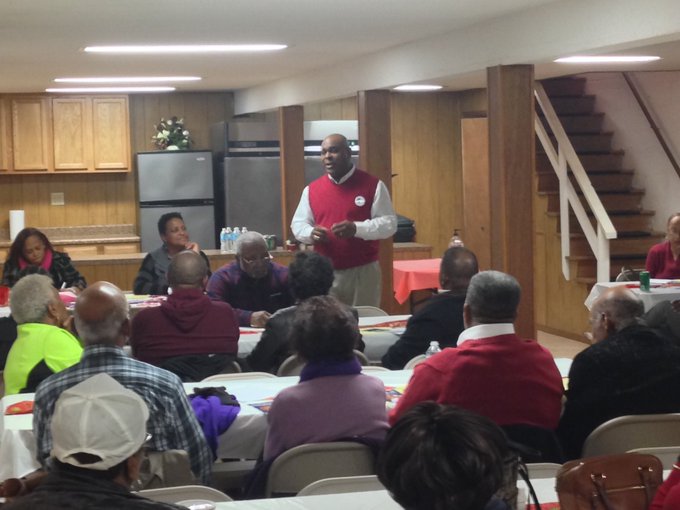 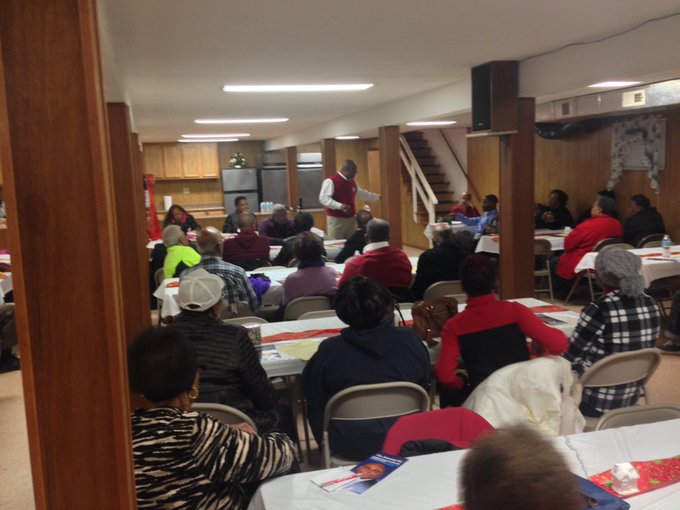 Ryant Washington @ryantwashington Buckingham County was #FiredUp last night! Thanks for all your support. Together we will win this #VA22 10:18 AM – 20 Dec 2016

Ryant Washington is an outspoken supporter of public education.  His two sons are graduates of Fluvanna County High School and his wife is the chairperson for Fluvanna County School Board. He believes in a better funded education system than the one in place right now in this rural district.

Furthermore, Ryant Washington served in the Fluvanna Chamber of Commerce Board of Directors.

This affiliation enabled him to form a real time assessment as to the economic needs of this district. Particularly the rural parts, and the small market towns like Dillwyn, Farmville, Cumberland, Palmyra and yes, the small cities like Lynchburg.

Mr. Ryant Washington understands something that his opponent does not.  Here is a good comparison in how a Lynchburg based lawyer sees things and how a rural based, highly qualified but rooted in the community, ordinary person running for office sees things —

“I will continue to talk about representing our conservative values in Richmond and standing up to government interference and government overreach,” Peake said. Link

Washington said in a phone interview that he hopes to be a voice for the localities in the district on issues such as public safety, health care, education and the economy.

“The economy is the driving issue,” and a strong education is key to a strong workforce, said Washington, adding that it is important that “we don’t enact burdensome policies.”  Link.

That’s a Democrat, and a rural people-first Democrat at that!

As opposed to a party-centric Republican.

I’m certain that Mr. Ryant Washington will provide leadership for Democratic causes in the Virginia Senate.

Mr. Ryant Washington is a member of  90for90.org, which was created in honor of Dr. William Ferguson Reid Sr.  It is an organization which actively encourages voter participation by registering more voters.

I noticed that there has been some enthusiastic writing on behalf of Virginia Democrats running in this special election — Cheryl Turpin and Ryant Washington. I will be writing more about Ryant Washington in the upcoming days, until election day — January 10, 2017.

Here is my first diary on Mr. Ryant Washington, from yesterday. 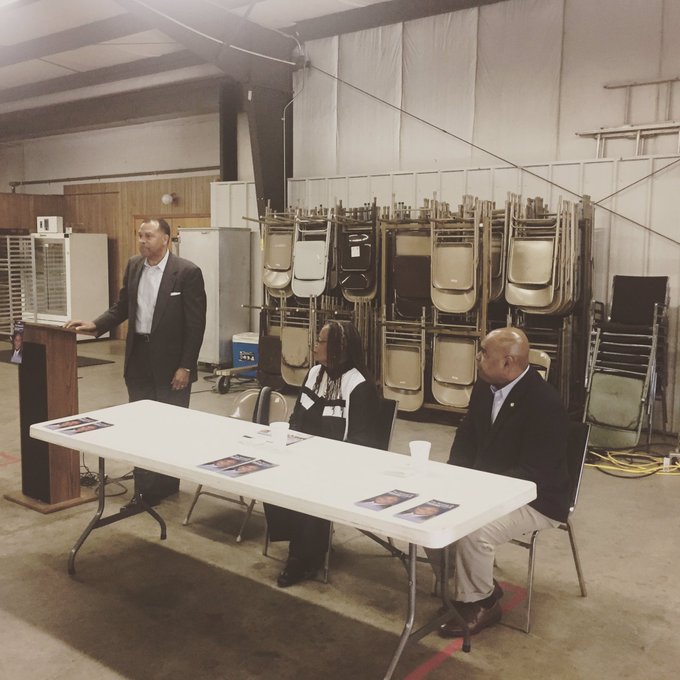