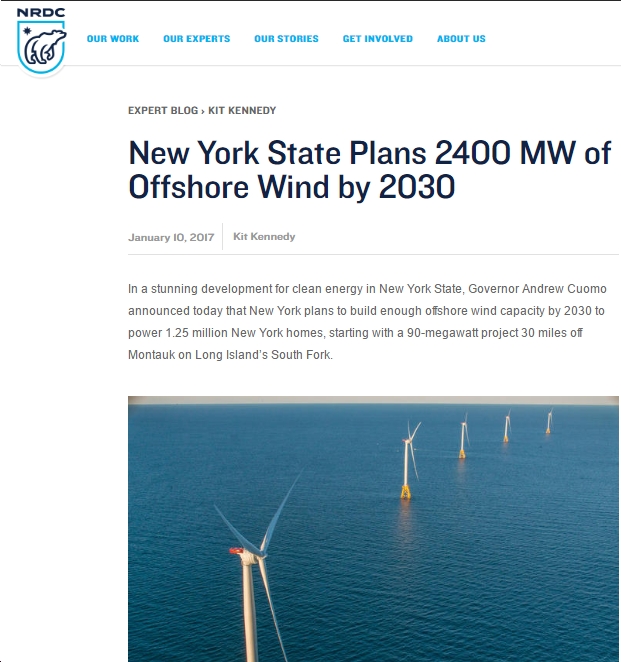 So why isn’t Virginia doing this, even though we have massive offshore wind power resources, likely enough to power the entire state (note: on this topic, Gov. McAuliffe should go back and read his “big ideas” paper on energy from his 2009 gubernatorial campaign; he should also note that the cost of offshore wind has PLUMMETED since then and is likely to continue falling for the indefinite future)? Simple answer: Dominion Power and its bought-and-paid/”captured” for legislature, regulatory agencies, etc. The long answer? See the simple answer, basically, plus add in a lack of willingness by our “leaders” to tell Dominion where to shove it.