As they used to say in the news business, “this just in!” Good luck to Susan Swecker in her campaign!

Today, Democratic Party of Virginia (DPVA) Chairwoman Susan Swecker announced that she would be seeking the role of President of the Association of State Democratic Chairs (ASDC). ASDC is an organization within the Democratic National Committee (DNC) exclusively focused on building strong, sustainable state parties in order to elect Democrats up and down the ballot across the country.

Chairwoman Swecker – a native of Monterey, a tight-knit community nestled in Virginia’s smallest county – got her start in politics serving as chair of the Highland County Democratic Committee at age 22. She’s held various roles at the state and national party including Executive Director of DPVA, DNC member, and Chairwoman of the Southern Caucus. You can find more information about her background here.
Under Chairwoman Swecker’s leadership, Virginia was the only southern state and one of the few battleground states to go blue in 2016. DPVA is regarded as one of the top state party operations in the country – both nationally and in Virginia. Earlier this year, The Roanoke Times Editorial Board noted that she has the type of experience needed at the national level:
“Take a look at Susan Swecker, who heads the Virginia Democratic Party. She leads the party in the only Southern state you carried. That ought to count for something. […]  She’s also from a rural area – Highland County, which just happens to be not simply rural, but the least populated county east of the Mississippi. And let’s face it, you need someone who can speak to rural voters. You’ll never win a majority in rural America, but you could improve your standing some and every vote counts. You can’t just be the party of the coasts and college towns, which is where you’re headed.”
Chairwoman Susan Swecker sent the following letter to state party chairs and vice chairs to launch her campaign:
Today I’m making it official: I’m announcing my candidacy for President of the Association of State Democratic Chairs.

The message of my campaign and my goal if elected is simple: to help us grow and maintain strong Democratic Party infrastructures that are sustainable regardless of any one election cycle.  Simply put, we have done that in Virginia and I want to partner with you to build better, stronger vibrant state parties across the country.

I firmly believe the way to rebuild the Democratic Party starts with us.  As State Party Chairs and Vice Chairs we are on the ground – on the front lines – talking with voters, building programs, and we are the ones who know that we must not just turn out the base, but persuade voters. We, along with the organizations we have built in our states, are the ones who are the best hope Democrats have to rebuild from the bottom up.

While we lost the presidency on November 8th, we had many success stories. Working with our stakeholders we made decisions that brought victories at state and local levels.  We also saw the striking difference when our united efforts directly led to higher performance than the top of the ticket. That isn’t a coincidence – it is a testament to hard work, coordination and teamwork on the ground by the people who know the lay of the land the best.

We’ve done that time and again here in Virginia and I will be laser-focused on developing a national program that is well-tuned and tapped into voter sentiments at all times.

I’m proud of our record of winning in Virginia. Democrats hold all five statewide offices for the first time in 47 years. Working hand in hand with our Governor Terry McAuliffe, DPVA delivers not only our base, but also persuades voters. We’re leading the way in Virginia and I want every state party in the country to have these same success stories.

If there is one thing I’m proud of, it’s my ability and willingness to listen to others.  It’s something I learned growing up in rural western Virginia and has stayed with me all my life. And I know you understand the importance of that: all of us on the ground knew what voters were saying in states like Michigan, Pennsylvania, Wisconsin and Florida, and wanted to have someone hear our concerns. And not just to listen, but to take action. I am committed to that.

So in conclusion, I want to hear your ideas and your thoughts. I want to hear what does and does not work in your state. As I work to hopefully earn your vote, I look forward to hearing from you about how we may work together – improve on the old and bring in the new.

Over the next few weeks before the election for ASDC president in Atlanta, I will be reaching out to you…but in the meantime please feel free to contact me.

We have much work to do – and thank you for your thoughtful consideration! 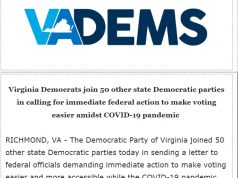 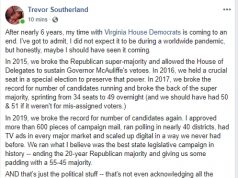 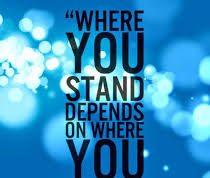 Where We Sit is Where We Stand: Why Liberal Leaders Dismiss Big Ideas