The following unhinged tirade, by former/longtime Loudoun County Board of Supervisors member Eugene Delgaudio (far-far-right “R”), follows Arlington School Board member Barbara Kanninen’s appearance yesterday on right-wing talk radio (WMAL) to discuss a “rainbow” poster saying things like “Science Is Real,” “Facts Are Not Political,” “Women’s Rights Are Human Rights” and “We’re All Immigrants.” Believe it or not, this “story” appears to have gone national, with one article on the Daily Caller (I refuse to link – Google it if you really want) and rumors of interest by Fox “News.” Meanwhile, Eugene Delgaudio has chimed in on Twitter, claiming that Barbara Kanninen is an “arrogant communist-style bureaucrat,” that Arlington schools are practicing “open acts of political perversion” (including, supposedly, “silenc[ing] young conservative” and “brainwash[ing] innocents”). Check out the tweets below, followed by some links for more information on Delgaudio. To put it mildly, he’s had quite the colorful past… 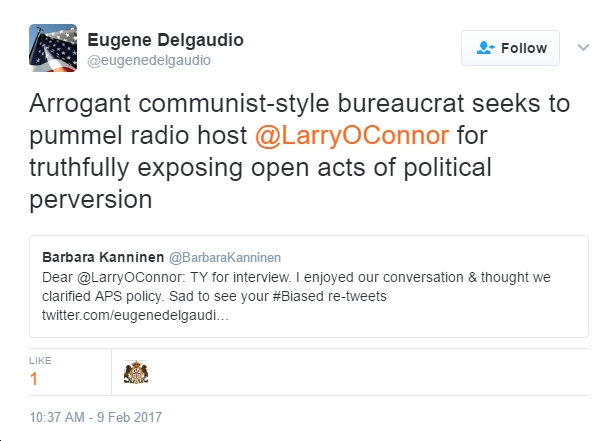 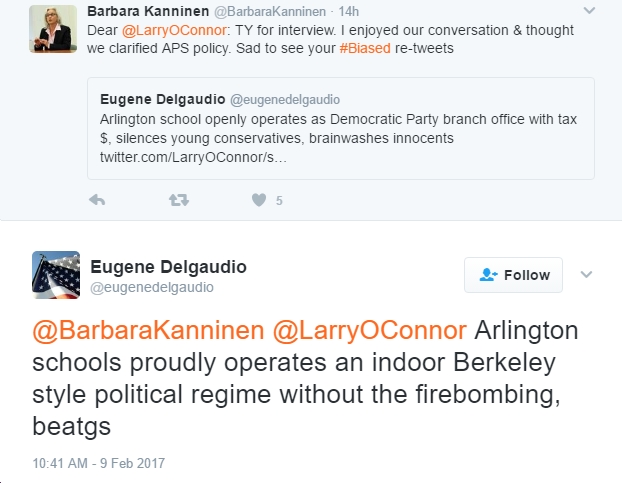 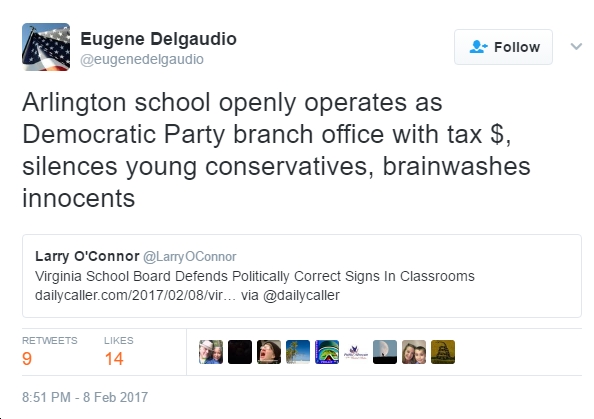