This is bigoted and demented, even by the Republican Party of Virginia’s low, low “standards.” Of course, the chair of their party is best known for cracking an anti-Semitic “joke” at a Republican rally (natch!), while his party is best known for pushing vicious anti-immigrant, anti-LGBT, anti-voting-rights, anti-Muslim, etc. legislation and other measures. So what else would we expect from them?

By the way, the concept that worshipers at Dar Al-Hijrah mosque today are “terrorist sympathizers” is beyond absurd, comparable to claiming that anyone who attends a church or synagogue where one of the members once committed a crime is therefore a criminal. I believe this is known as “Republican Logic,” aka “an oxymoron.”

P.S. Actually, the Big Lie in this petition is that the Trump administration’s nasty, unconstitutional Muslim ban has anything to do with “keep[ing] Americans safe from terrorism.” 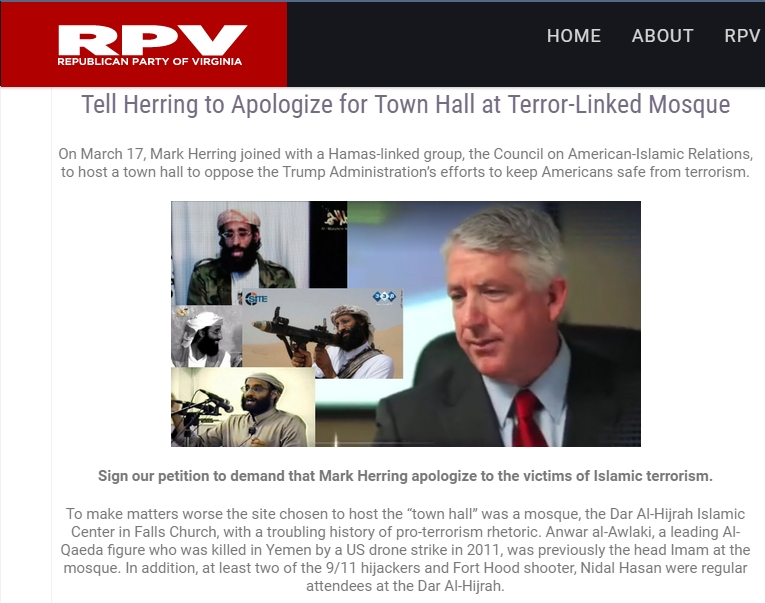