See Constituents hammer Virginia Republican for blocking them: ‘If you can’t take it — stop using Facebook’ and also the screen shot below. In short, “some of Rep. Scott Taylor’s constituents complained the Virginia Republican has blocked them on Facebook — so they can’t express their concerns about health care and other issues important to them. (“’He himself said at that town hall that he uses Facebook to gauge his constituents’ reactions to policies,’ said Sheila Ann Glennon, of Williamsburg. ‘If comments are being deleted and people are being prevented from commenting, how is he serving all of his constituents?’”). Also, see below for Taylor’s ultra-defensive response. And again, let’s make sure we elect a Democrat in this district in 2018! 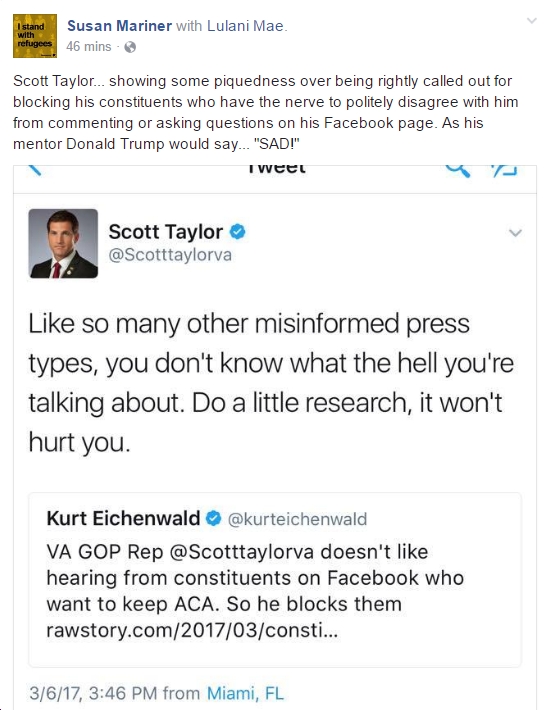 Good info on early voting from the Virginia State Board of Elections https://bluevirginia.us/2020/09/photos-virginia-voters-start-the-process-of-turning-our-country-around-from-the-trump-disaster#comment-5075738233