This morning, following State Senator Jennifer Wexton’s entry into the race, the Cook Political Report moved Virginia’s 10th CD into the “Toss Up” category. According to Cook’s analysis:

Wexton possesses an ideal resume for this contest. A former county prosecutor who served as a court-appointed attorney for abused and neglected children, Wexton is a proven vote-getter: she won a competitive 2014 special election for a state senate seat entirely within VA-10 and was reelected in 2015. And unlike Comstock (and Comstock’s last two Democratic opponents), Wexton hails from Loudoun County, the population center of the 10th CD.

Other Democrats in the race so far are Dan Helmer, Lindsey Davis Stover and Kimberly Adams, while Fairfax County Board member Kathy Smith and Virginia First Lady Dorothy McAuliffe are also possibilities, and there certainly could be more.

Also check out Michael Pope’s story on the 10th CD race, which among other things reports: “Robert Denton at Virginia Tech says candidates in this race could pull in as much as $40 million.”

So, clearly, a LOT of people are highly interested in Virginia’s 10th CD, and no doubt this should be one of the nation’s most-watched/high-profile races next year.

An indicator of this interest is that a women’s-oriented, third-party group (sorry, everyone, that’s all I can say in terms of identifying them) recently commissioned a 10th CD poll among announced and probable Democratic candidates. The top-line results were leaked to me; here are the highlights – which probably will surprise you just as much as they undoubtedly surprised (and perhaps disappointed if they were looking for a clear leader) the group that commissioned the poll.

A three-way tie, statistically speaking; definitely not decisive one way or the other, with a large proportion (45%) undecided – as one would expect at this point.

Again, not surprisingly, Jennifer Wexton does very well on her home turf, although McAuliffe and Smith hold their own to an extent. Perhaps a County Supervisor and former School Board member is better known to her constituents than a member of the Virginia General Assembly is to hers?  Keep in mind that this poll was of likely Democratic voters, and Loudoun County tends to have lower turnout than Fairfax County. For instance, recall that even the well-known, popular, Loudoun County “hometown boy” Mark Herring struggled with turnout in the 2013 Democratic AG primary against Justin Fairfax…

The western parts of the 10th CD are outside all of the leading Democratic candidates’ home turf, so here it appears to be more McAuliffe’s name ID winning the day than anything else.

Not surprisingly, Wexton does very well in her State Senate district…

Outside of her State Senate district in Loudoun County, Wexton does fairly well, but doesn’t appear to be particularly well known.

Finally, see below for maps of the 10th CD, 33rd State Senate district and Sully district… 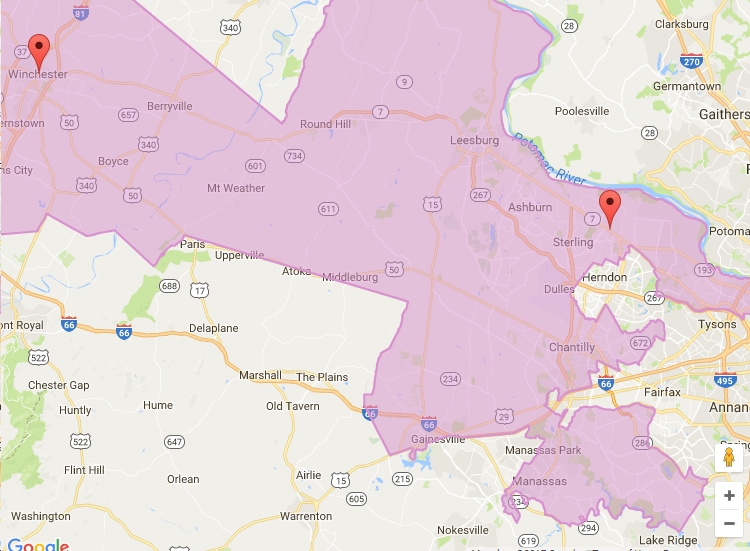 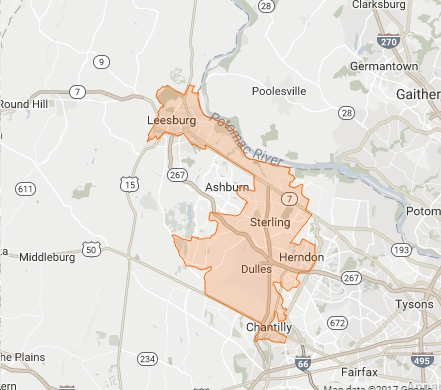 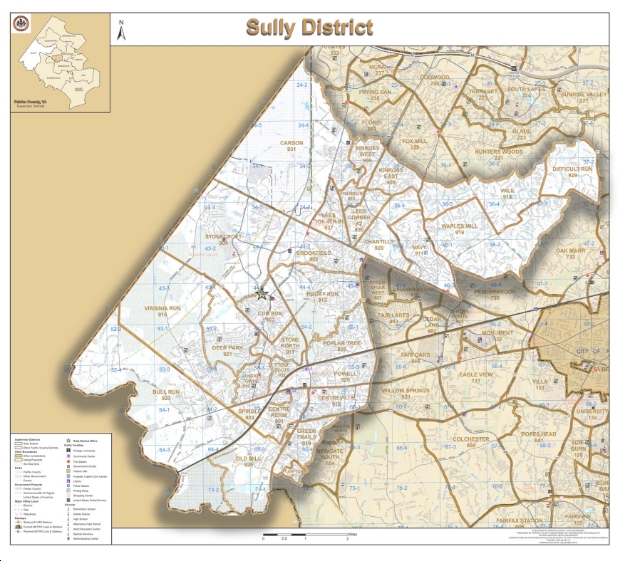