The resistance to President Trump is working. The Muslim ban is stalled in the courts, his approval rating is lower than that of any other president less than a 100 days in, and the repeal of the Affordable Care Act is dead. The great theme of the Trump Administration is, in the memorable words of Benjamin Wittes, “Malevolence tempered by incompetence.” Fortunately, thus far incompetence is winning. Of course, this is little consolation. We must continue to resist by any means necessary. ACDC’s Jason Rylander makes a great case for continuing the opposition. But also we need to answer the question, what are Democrats for?

I would argue: 1) Raising wages, 2) Protecting the environment and 3) Protecting the vulnerable.These three ideas unite our diverse and broad Democratic coalition and address fundamental problems both of the country and the commonwealth. Furthermore, they apply at every level of government from city council to the governor’s mansion. Let’s explore each one.

Raising wages —America, and Virginia in particular, is long overdue for a raise. Getting by on the minimum wage is extraordinarily difficult. It’s immoral to work full time and still be in poverty and in need of public assistance. According to Virginia Performs, poverty is a persistent problem in Virginia, stuck at about 11 percent from 2011 through 2015, largely due to stagnant wages. Raising the minimum wage has a ripple effect in raising wages for other workers earning up to a 150 percent of the current minimum wage, according to a Brookings Institution study. Both Democratic gubernatorial candidates, Lt Governor Ralph Northam and Tom Perriello, recognize the problem and are calling for a $15 minimum wage. The activists in Fight for Fifteen and Black Lives Matter are working together to organize national protests on this issue. Democrats want to raise wages and Republicans don’t.

Protecting the environment —This issue is of frightening importance. Influenced by climate change, Virginia has been hit with record warm temperatures in February. Sea levels are rising to the point where islands in the Chesapeake Bay are starting to disappear. And the three hottest years in human history have been the last three years. Trump has responded by making a climate change denier head of the Environmental Protection Agency, slashing its budget by one-third, and signing a bill to repeal Obama’s order restricting coal ash pollution.

Obviously, Virginia must do all in its power to resist these dangerous policies. Again Northam and Perriello have great plans to make Virginia a leader in protecting the environment and especially the Chesapeake Bay. Both want to make renewable energy production a priority, and Virginia has fallen well behind the national average in producing renewable energy. This is an opportunity to create jobs as well as combating climate change.

Protecting the vulnerable — This is what the Democratic Party is all about. After the failure of the cruel Republican replacement plan for the Affordable Care Act, it is of the utmost importance that we expand Medicaid in Virginia.We could cover an additional 400,000 Virginians. More than 70 percent of people enrolled in Medicaid are satisfied with their care. This is urgent, since the opioid crisis continues to worsen and lack of healthcare could deny treatment to thousands in dire need. Even Republicans are beginning to acknowledge that healthcare is a right, not a privilege.

While we have the opportunity to go on the offense on Medicaid expansion, we must defend immigrants, refugees, the LGBT community, among many others, against malicious policies of the Trump Administration. Governor McAuliffe has stated his resistance to increased immigration raids in Virginia. Attorney General Mark Herring has successfully sued the administration to block the refugee ban, as well as pushed for renewed hate crime legislation.

We must let everyone know that Democrats are as steadfast in our opposition to Trump as we are in our beliefs for raising wages, protecting the environment, and protecting the vulnerable. 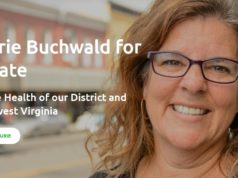