I decided to ditch the idea of taking Metro to the Virginia climate rally near Union Station in DC this morning, since from what I could tell, track work had basically taken a good chunk of the system semi-offline. Instead, I rode my bike from Arlington, which worked out well. Looks like there was a big crowd for the march (the Washington Post reports that here were “tens of thousands,” which seems about right to me), although I headed home after the Virginia rally. Anyway, check out the video and photos below…really good stuff, great job by the Virginia speakers. (Note: who wasn’t there today? let’s start with “any Virginia Republicans” also didn’t see Mark Warner there, the same guy who has plenty of time to speak to a coal astroturf rally…ugh)

First, great speeches by the three Virginia Young Democrats – Graham Weinschenk (senior at Yorktown High School in Arlington, Secretary of the Virginia Young Democrats), Jeremy Smith (student VA Tech), and James Lewis (President of the Virginia Young Democrats). According to Graham Weinschenk, “for my generation, climate change is acknowledge as basic fact”; “[my generation] will be voting you out of office if you deny the existence of climate change.” Weinschenk emphasized that climate science is REAL, not an “alternative fact.” If nothing is done about this, Trump’s Mar-A-Lago “will be underwater.” “The science says that we need to act now and act fast – this is not based on fake news, but rather on actual, peer-reviewed science.”

Next, VA Tech student Jeremy Smith talked about the importance of providing good, clean energy jobs to people (e.g., replace coal jobs with high-paying renewable energy jobs “or we’ll never get to where we need to be”). Smith declared, “when you protect your environment, you protect people.” He talked about Tangier Island essentially sinking into the Chesapeake Bay due to sea-level rise, and how they “have nowhere to go.” “When you don’t take care of your environment, you’re letting people die.” So true!

James Lewis then talked about the importance of fighting Trump and keeping Virginia blue in the next election – “our Commonwealth and our country cannot wait; with Trump sitting in the White House, we cannot sit at home.” “Climate consciousness is job consciousness.” The fact is, clean energy is creating jobs much faster than the economy overall and with more jobs than dirty energy, so let’s focus on that!

Next, here’s Virginia House of Delegates candidate Elizabeth Guzman (D-HD31), talking about how climate change is real, how Dominion Power is dumping toxic coal ash in the water, and how she will not accept any money from Dominion Power.

Next, here’s Virginia House of Delegates candidate Ken Boddye (D-HD51), talking about how big oil and other corporations are celebrating right now, but that’s only because “they expected us to go back to sleep,” but that’s not going to happen. Boddye added that “if you believe in justice for one thing, you believe in justice for ALL things, because everything is connected.” Finally, Boddye emphasized that Virginia’s elections this year represent the “first large-scale electoral answer to the new president,” so make sure you vote on June 13 and November 7 and send a message to Donald Trump that “our planet is NOT for sale!”

Next, here’s Virginia House of Delegates candidate Kathy Tran (D-HD42), who talked about preserving our planet for future generations. Tran said she signed the pledge not to take any donations from Dominion Power or Appalachian Power; that she opposes fracking, oil drilling and new natural gas pipelines; and that we need to be investing in CLEAN energy.

Now, here’s Tom Perriello’s older sister Elizabeth Perriello, noting that Tom will be marching today, declaring that “the resistance is working,” and explaining that Tom “has been an environmentalist his entire life…green before it was mainstream.” Perriello explained that clean energy is the answer both for the environment and for jobs. She noted that her brother was “the first major candidate to say he will accept no Dominion money, which means he will work for you…not for corporations.”

Here’s VA Delegate Marcus Simon (D-53), asking if in the year 2017, isn’t it time that we “stop burning things” to make power? How about using the sun and the wind to create CLEAN energy? Del. Simon emphasized the crucial importance of everyone voting EVERY election — including this year in Virginia for governor, LG, AG and the entire House of Delegates. Del. Simon explained that if you care about national security, jobs, social justice, income inequality (or many other issues), those things are all intertwined with climate and energy issues. For instance, communities of color get hit hardest by fossil fuel pollution and fossil-fueled climate disasters. If you care about any of those things, Del. Simon declared, then “you are a clean energy and a climate change voter!”

Finally, here are some short videos and photos of the climate rally and march, as I rode my bike from near Union Station back towards the 14th Street Bridge and Virginia. Enjoy! 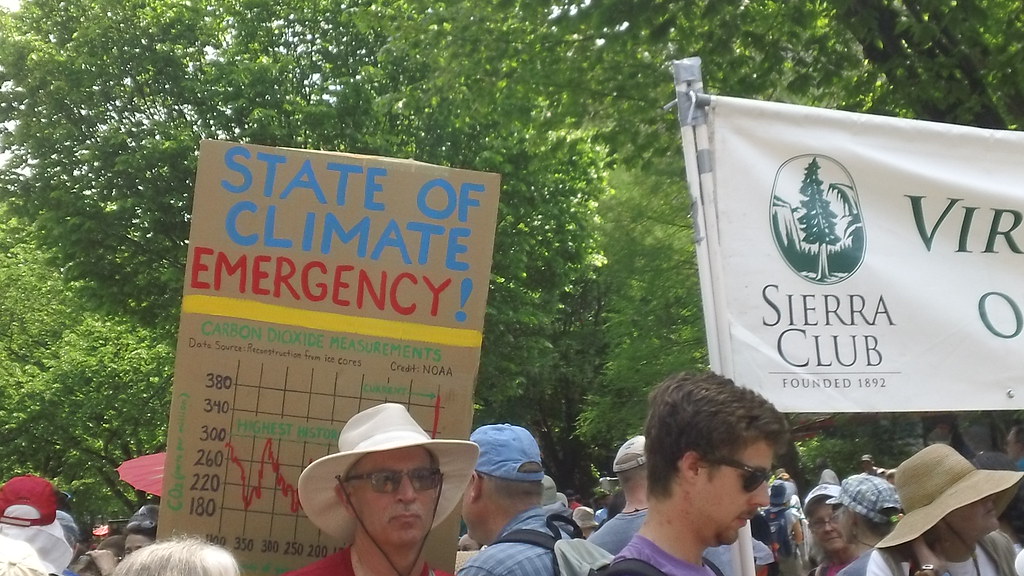 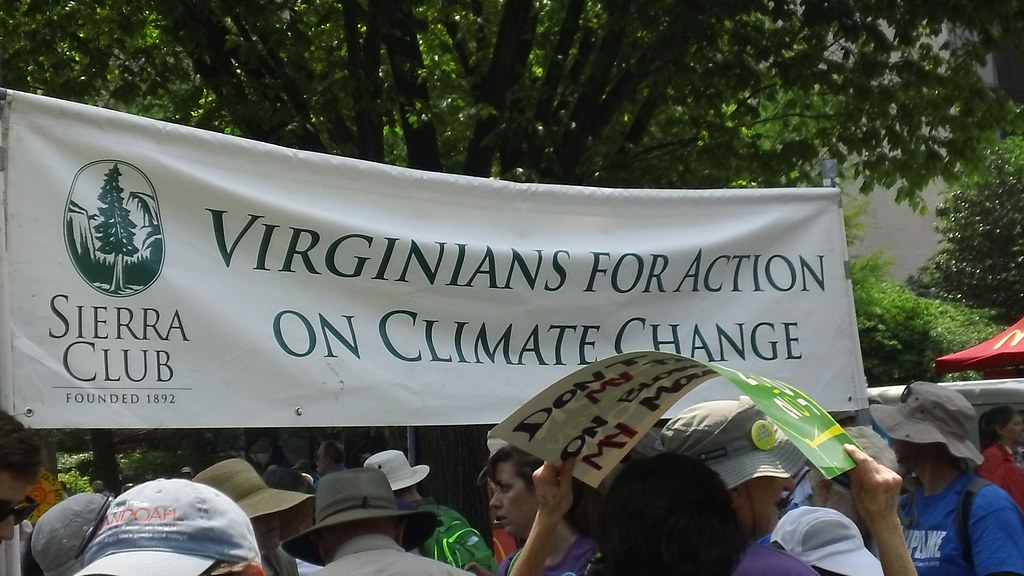