The worst of the internet – in this case Fairfax Underground – strikes again, viciously attacking Democratic Lt. Governor candidate Susan Platt for the audacity of “organizing a protest to send a message to PGA leaders that they are too prestigious of an organization to hold events at Trump golf clubs.” A bit of background is that “President Donald Trump owns Trump National Golf Club, a golf course just a few miles from my home, and later this month he will be hosting the Senior PGA Tournament.” So…Susan Platt proposed that people “gather on public property next to Trump’s golf club and do what we do best: Resist.” Horrible, huh? I mean, the First Amendment and all that. Anyway, see below for some screen shots of the vitriol, including apparent threats to Susan Platt’s safety.  Also see the Platt campaign’s statement, below. I think we can all agree – whether this crap occurs against a Democrat, Republican, or anyone else – that it’s completely unacceptable.

“While Susan’s safety and her family’s safety is of paramount importance, she’s not going to be intimidated by a few fringe commenters hiding behind screen names spewing lame hate and empty threats. She’s not going to be silenced or deterred by bullies. Throughout the Commonwealth, we have seen places of worship and Jewish centers vandalized with Swastikas. We have seen a torch-burning rally resembling a KKK lynch mob. We have seen Muslim Americans bullied in our schools and in our streets. Donald Trump is responsible for inciting this violence. If a woman with Susan’s backbone doesn’t stand up to hateful people and a hateful president, who will?” 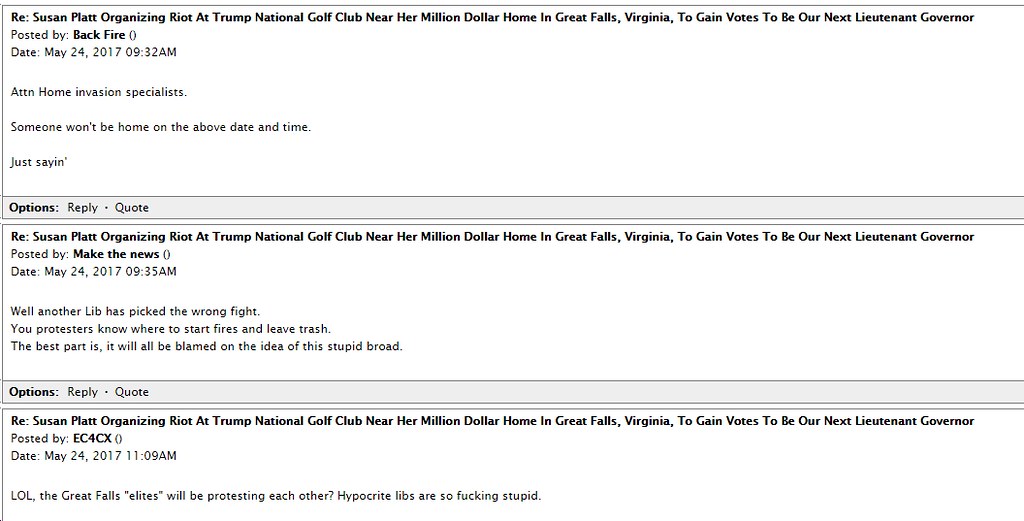 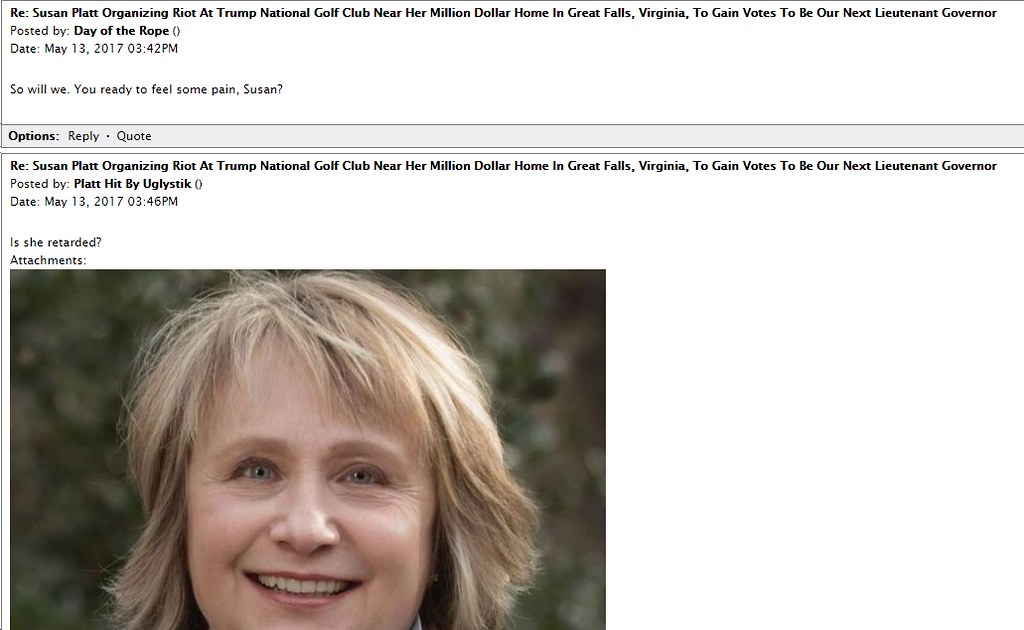 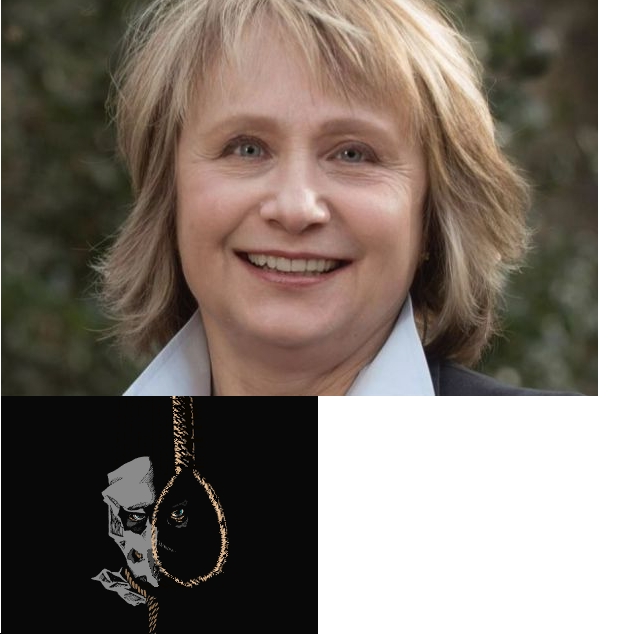