This piece has lately run in newspapers in my conservative congressional District (VA-06).

As I am writing this, the Republicans in the Congress are trying to pass a bill that would strip some $800 billion away from health care for middle and working class Americans and transfer that money to the wealthiest Americans (and some large corporations). This, at a time when the inequalities of wealth and income are already the widest they’ve been in living memory.

This central piece of the Republican agenda – the other major priority being a tax cut bill that would transfer still more wealth from those who have less to those who have more – can stand as emblematic of the Party’s moral quality.

All of which leads to the question: how did one of America’s two major political parties go so far toward the dark side? Here is what I believe is a big part of the answer.

America’s two major parties have been the Republican and Democratic since the end of the Civil War.

The Republican Party was “the Party of Lincoln” and, as the party of the winning side, it dominated American politics for well over a generation after that War. During that time, it became the Party of the emerging class of industrial capitalists—the Party of the Robber Barons. (There was only one Democratic president between 1856 and 1912.)

Meanwhile, the Democratic Party had its own dark side.

From before the Civil War, the Democratic Party was the political arm of the slave-owners. After the Civil War, as white supremacy re-established itself in the former Confederacy in the form of the “Jim Crow” system (in which blacks were relegated to second class citizenship, and deprived the right to vote), the “Solid South” consistently sent Democrats to Washington to protect its arrangements of racial oppression.

Thus, the two darkest, most unjust forces in American civilization – the worst of the Union side, and the worst of the Confederate side –were arrayed in opposition to each other across the partisan divide.

This division of the darkest American forces continued all the way up until the 1960s. But over the years, from the time of FDR through the time of LBJ, the Democratic Party changed on the issue of race. When President Johnson signed the major Civil Rights bills in 1965, he recognized that this would lose the Democrats the South (for a generation he thought). Richard Nixon saw the opportunity, and capitalized on it in 1968 with his (in)famous “Southern Strategy.”

By the 1990s, the Solid South had switched parties—from solidly Democratic to virtually solidly Republican.

(Strom Thurmond—once a Democrat who’d run for president in 1948 as a “Dixiecrat” to protest President Truman’s drive to integrate the U.S. military – spent his final years in the U.S. Senate as a Republican.)

The “Party of Lincoln” had become the political home to the heirs of the Slave Power.

At the same time, that same Republican Party continued to be the Party of corporate America. The unbridled quest for wealth that had marked the age of the Robber Barons maintained its dominant power within the GOP, even as that party also gained the allegiance of white voters of all classes throughout the former Confederacy.

In other words, the two darkest powers in America – no longer opposed to each other along partisan lines, and thus no longer checking the power of the other – had become allies, with one providing the money and the other providing the votes for gaining power.

But making that alliance work posed an enormous challenge: how could the Republican Party hold the allegiance of middle and working class white people even while serving the interests of the wealthiest and the corporate system?

What makes that so challenging is that the agenda of the corporatists has been to take power and wealth away from average Americans and transfer that power to the corporate system and to the powerful people who run it.

The Republican Party – and its media allies – have met this challenge successfully.

They’ve met it by training its white-voter-base to think about politics in ways that distract them from their own economic and political interests, and from noticing the unjust ways that corporate power is operating in the political system to transfer both wealth and power from the citizenry to itself.

The ways they’ve accomplished this training include:

The creation of single-issue voters on these two issues has, by itself, secured for the Republicans the automatic support of many millions of voters in every election. Also:

None of which does a thing for these voters’ quality of life and the prospects for their children. And all of which enables their money-power corporatist “allies” to pick their pockets and widen the gap in wealth and power. As with this pending “health care” bill.

My ongoing series, “A Better Human Story,” explores the forces that have shaped the human saga, from our evolution as creatures part of the system of life on earth to the unleashing of a force of brokenness that inevitably accompanied our extricating ourselves from our biologically evolved niche into the rise of civilization. What emerges from that perspective — what might be called a secular understanding of “the battle between good and evil” — helps illuminate the crisis into which American civilization has descended in our times. 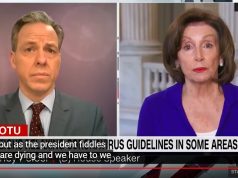