Two weeks after the horrible shootings in Alexandria, Virginia, Rep. Don Beyer (D-Alexandria/Arlington/Fairfax) has a Wall Street Journal op-ed and a “tweetstorm” with his thoughts on what to do – and what NOT to do (e.g., weaken gun safety laws) – about gun violence in America. As always, Rep. Beyer nails it. And as always, I’m proud that Beyer’s my Congressman – thank you for all the great work you do! 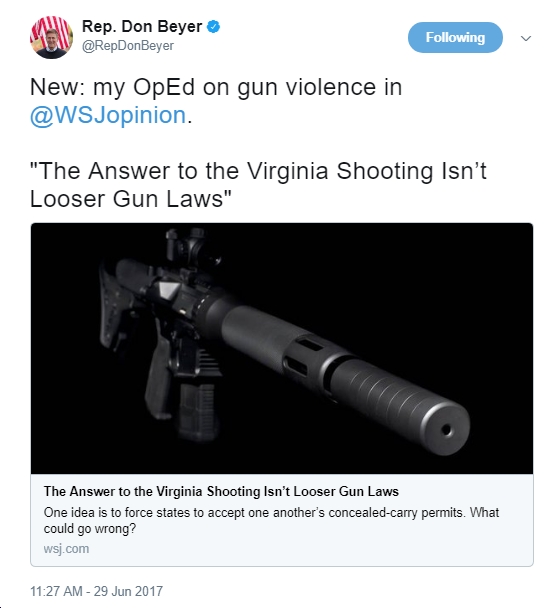 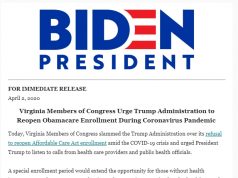 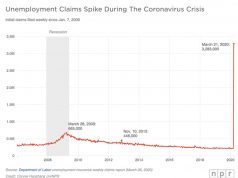 .@Jaaavis - Virginia’s 7th District GOP Committee Votes to Change Convention Call From 4/25 to “To Be Determined”; Also Votes to Proceed with Lawsuit Re: Gov. Northam’s Ban on Gatherings of 10+ People https://bluevirginia.us/2020/04/virginias-7th-district-gop-committee-votes-to-change-convention-call-from-4-25-to-to-be-determined-also-votes-to-proceed-with-lawsuit-re-gov-northams-ban-on-gatherings-of-10-people via @bluevirginia