NEW TODAY. Richard Spencer and his Alt-Right ilk are headed back to Charlottesville in August to rally with what will likely be hundreds of people. This flier was released today on Twitter. And yes, if you think it looks like a Nazi poster, that’s probably on purpose. And no, this is not the KKK rally which is scheduled for July 8, this is something else, and something much bigger. So sad to say, but Charlottesville, Virginia has become the go-to rally point on the east coast for these ignorant hate groups— mostly angry, young white men with twisted views of history and politics, desperate to capture attention so as to make themselves feel like their talking points make sense and their views are worthy of consideration. 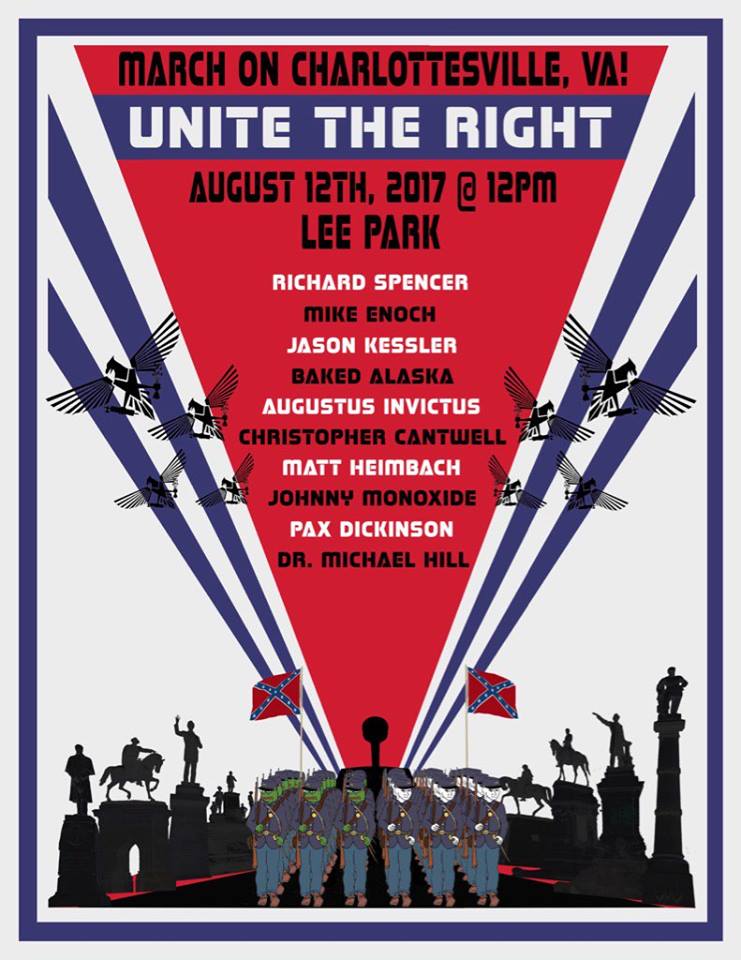