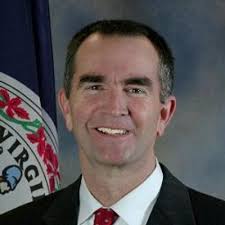 [Disclaimer: The thoughts reflected here are mine alone and not others at Blue Virginia. – Kathy]

Virginia Democrats are on the cusp of retaining a governorship and making a comeback in the House of Delegates. It is still within reach, unless Democrats prove they have learned nothing. Nevertheless, the political entitlement hue and cry arise once again. The acolytes for political “entitlement” decreed Ralph Northam the only worthy candidate for governor. In fact, as I have pointed out before, Northam is not owed anything, except, of course, our sincere gratitude for his public service. That does not include a free pass to the next level. There are major reasons why Perriello voters welcome an alternative, yet Northam supporters swoop in to stifle and berate them, including to a diarist here at Blue Virginia.

How dare anyone support someone other than the anointed candidate? Like parrots, they spout Northam talking points. I support the use of talking points, but not to cover over what was and what is. How many times do they mindlessly claim that Northam “walks the walk?” With his history, what does that even mean? Let’s face it — the man voted for George W. Bush, not once but twice. Think about that for a minute. How far gone did you have to be to support Dubya not just a first but a second time – even after all the (many) disasters of the first term – and then believe you are entitled to run as a Democrat just a few years later? Walk the walk?

Three years after his second vote for Dubya, Northam ran for state senate and Virginians in SD-6 elected him. What did Northam do with that privilege? Astonishingly, he was barely in office as a state senator for two years when he tried to cut some sort of deal with the Republicans, up to and including possibly switching to their side. This could have tipped the balance of power in the State Senate to the Republicans. Do Virginian Democrats not remember this? This was just 2009, only eight years ago — not exactly ancient history! And now Northam’s supporters are ticked off (or worse) at Perriello supporters? Seriously? Only when the furor over his possible party switch threatened to ruin Northam’s political future, did he back off and stay with the Democrats. Come on Virginia, wth!

There is also the matter of his one-person Bill Bolling admiration society. In a local NBC article, Northam said he’d follow in the footsteps of his predecessor, Republican, Bill Bolling, and Bolling’s work on jobs.

You see, in all seriousness, Northam says he’s a “fiscal conservative.” But sound fiscal stewardship is not the same thing as fiscal conservatism, the latter of which has shown itself to be a wrecking ball for jobs. Talking about inequality, while not grasping what conditions further that inequality, is either ignorant or or just campaign BS. Even Chuck Todd recognizes that, except for reproductive choice, Northam is largely an old style conservadem.

As an aside, we know after decades of Reagonomics, and the son-of-Reaganomics under Dubya, that fiscal conservatism (i.e., trickle-down, faux economics) works against job growth. It compresses salaries and prevents workers from keeping up with inflation. It diverts extremely lopsided growth in wealth to the top. The super rich have hoarded cash and stifled job growth. Eventually, they used their resources for predation, skimming off the assets of companies, and laying off employees to further enrich themselves. Ironically, they pretend to be against debt, yet leave their prey near-empty shells, saddled with private debt. They manipulate individuals into individual private debt as well. And when the 1% has exhausted those predatory inclinations, it buys politicians, think tanks (with no one there actually, you know, thinking), public policy, judges, legislatures and even presidents. Meanwhile, the real, decent-paying jobs are hard to find. Ralph seems oblivious to the fact that if the private sector won’t spend money and create jobs, the public sector (both federal and state) must. Continual tax cuts have consequences for jobs. The sad fact is that Ralph Northam fails to see how “fiscal conservatism” (i.e., trickle down and austerity) harm our ability to address the very social issues he professes to be a progressive.

In 2016 – before Tom Perriello entered the governor’s race, it was more of a coronation. Back then, Ralph Northam couldn’t seem to muster any gravitas or passion about what would befall us if the authoritarian kleptocrat, Trump, won. Now, of course, on the campaign trail for the governor’s race, he suddenly “talks the talk,” even calling Trump a “narcissistic maniac.” If,in 2016, Northam couldn’t get serious about the threat Trump posed to everything we hold dear, but only now – after the electoral threat posed to Northam by Perriello became clear – how then can we depend upon Northam to lead us from the top of the ticket (or the Commonwealth)?

Northam supposedly endorses a big tent. That sounds nice until one realizes that he means it mostly for his own conservative Democratic philosophy and those who share that outlook. Northam doesn’t appear to include actual progressives, including those supporting Tom Perriello. I also really wonder whether groups like NARAL Virginia actually hear themselves. Northam “led the fight” on (fighting against mandatory trans-vaginal ultrasounds or…fill in the blank on other women’s issues)? A male savior? Seriously? Sorry, but it was women who led the fight for themselves. Whatever votes or tie-breaking Ralph did, however I appreciate them, do not translate into Ralph-as-savior.

Yet supporters of Ralph Northam act as many of them did during the 2016 presidential primary, when they hated on Sanders supporters. Take no prisoners. Tolerate no dissent. Shoot the messenger, even chill friendships on social media and in real life. What is wrong with people? We have been at this moment before.

It comes down to this: If the establishment candidate, Ralph Northam, is as worthy and as “progressive” as the insider insider army of suppressionists and silencers claim, what do they have to worry about? And if he is not, then failing to give Tom Perriello a fair chance would be party suicide. Just once, why cannot insiders refrain from the monolithic response. Why cannot they keep a truly open primary? This is not too much to ask. If we are to be worthy of the mantle, the Democratic Party, we should act like it. That means not trying to stifle the progressive part of our own party because it supports someone else.

By all accounts, Ralph Northam is a good man. But I seriously doubt he would make the better governor. The evidence supports this reservation. Disagree with me if you will. But do not blame progressives for Northam’s own shortcomings. The party cannot keep trying to silence and marginalize actual progressives without political consequences.The party will need them soon enough.
_______________
*It is obviously not Northam’s fault that Hillary lost. We know the reasons and they have nothing to do with progressives either, whether they voted for Sanders or not. But Northam’s performance during that period is illustrative. Most progressives did a better job than Ralph did in articulating the risk we faced if Hillary lost.