If you’ve watched Ed Gillespie for any length of time, you know he lies like an old carpet – very comfortably. He also lies a LOT, as in just about every time his lips start moving. For instance, check out the video below, as Gillespie claims on the odious “Fox and Friends” that since Lt. Governor Ralph Northam “first got elected, we have shed 69,000 manufacturing jobs in Virginia.” That didn’t sound right to me either on the data itself or on the assessment of blame, so I checked the Bureau of Labor Statistics (BLS) to see what the actual, ya know, FACTS are. And the answer is… 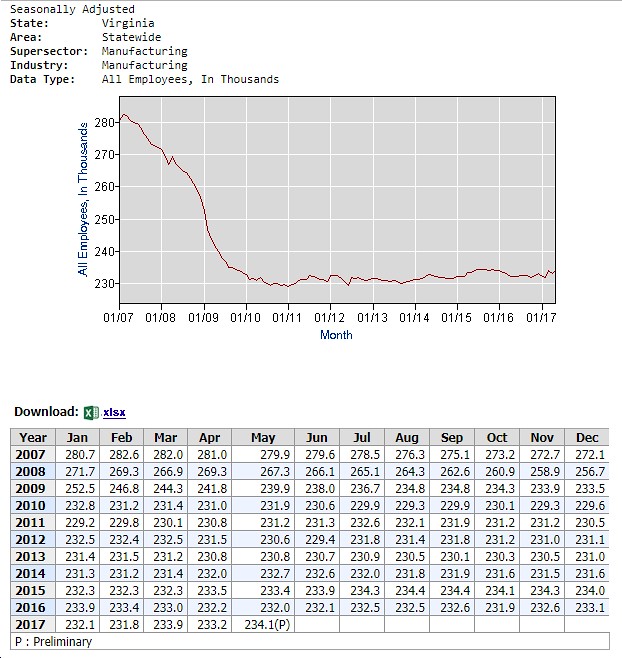 How Biden’s Economic Plan is Working for Virginia