First off, congratulations to Democrat Karen Keys-Gamarra, who is going to do a great job on the Fairfax County School Board after her crushing victory (approximately 2:1 over Republican Chris Grisafe; a 20,000-vote margin for Keys-Gamarra!) tonight for the at-large seat vacated by Republican Jeanette Hough. By the way, note that Fairfax County is Virginia’s largest county, with nearly 1.2 million people – larger than a bunch of states (e.g., Wyoming, Vermont, Alaska, North Dakota, South Dakota, Delaware, Montana, Rhode Island).

Third, according to Fairfax political guru Ben Tribbett, Keys-Gamarra “wins 16 Delegate districts, with only @TimHugo‘s district still too close to call…The only Delegate district we aren’t sure about yet is @TimHugo‘s where Keys-Gamarra leads by 40 votes with 2 precincts left to report…Keys-Gamarra has carried the other 16 districts…All precincts now in- and only district Keys-Gamarra lost was the 40th held by @TimHugo and she only lost there by 9 votes.” Let’s see if we can keep this trend going on November 7 for the Virginia House of Delegates.

Fourth, this was not a great night for Ed Gillespie (see photo below) or Barbara Comstock or other top Virginia Republicans who campaigned for Chris Grisafe. Sad!

Fifth, turnout (around 10%) was significantly higher than many had been speculating (I had been hearing worries of turnout as low as 4%). Apparently, a lot of that turnout was made up of Democrats, many of whom undoubtedly are not happy with the Republican Party or its leader, Donald Trump. Let’s hope this “blue” trend continues in November 2017 here in Virginia, then in November 2018 across the country.

Sixth, so much for changing the name of J.E.B. Stuart High School or allowing transgender kids to pee in peace being huge turnout drivers for Republican voters. 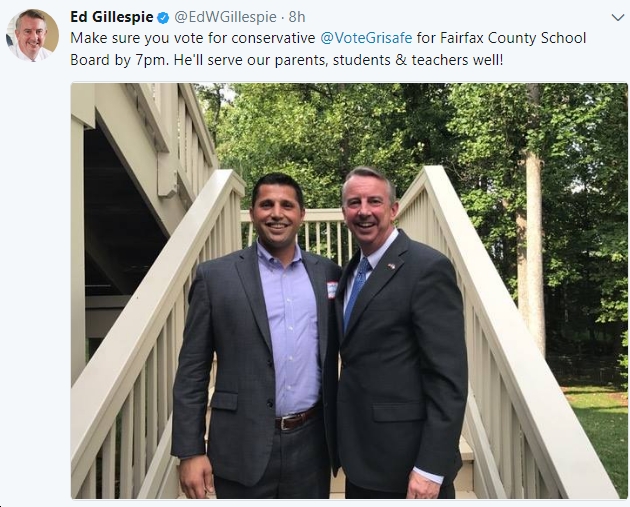 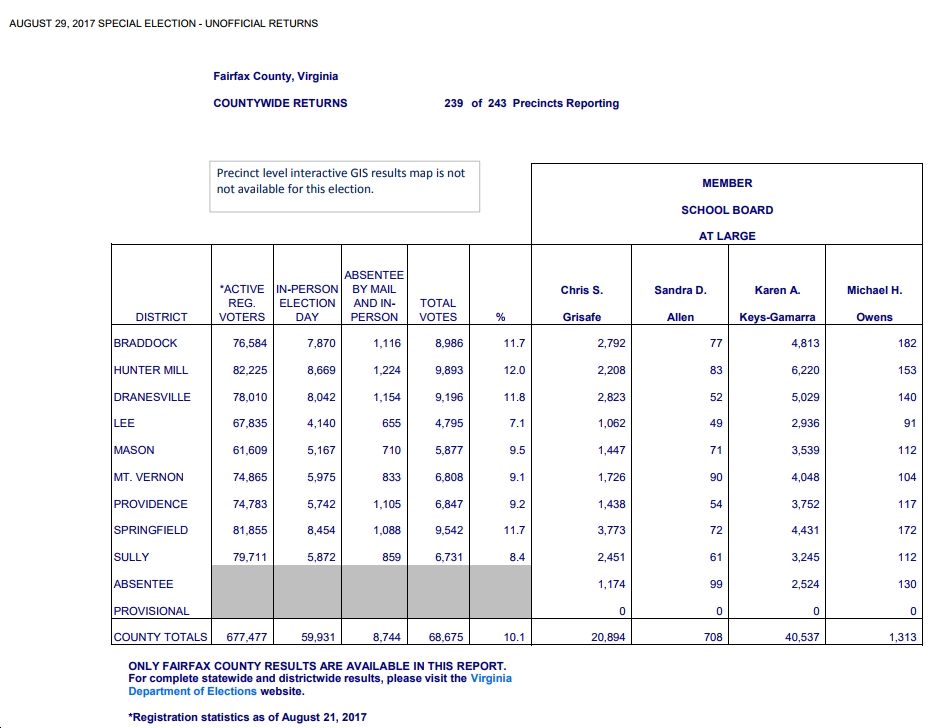