It looks like our old friends the Koch brothers — via their far-right propaganda/”astroturf” operation, the Orwellian-named “Americans for Prosperity” — have taken a keen interest in the Virginia governor’s race, specifically on the side of corrupt “swamp creature” Ed Gillespie. See their mailer below, attacking Ralph Northam with the usual, hysterical – and false – “DEMOCRATS WILL RAISE YOUR TAXES AND DRIVE US ALL TO RUIN!!!” But yeah, right wingers love this crap and are willing to spend tens of thousands of dollars spewing it out. 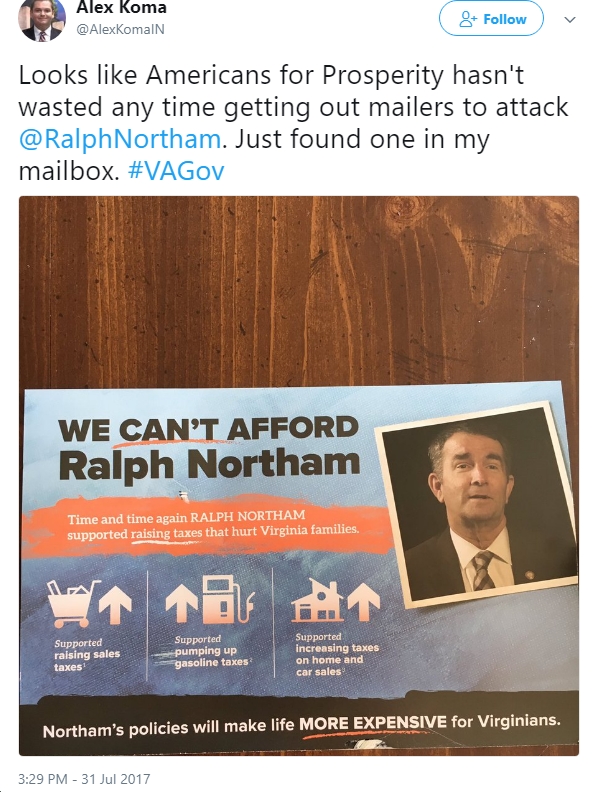 Just to give you a feel for what “Americans for Prosperity” is all about, if you’re not familiar with them, here are a few high…er, lowlights from their oeuvre.

It goes on and on like this, but the bottom line is that if the Koch brothers/Americans for Prosperity is involved, you know it’s going to be some combination of: a) dishonest; b) slimy; c) nasty; d) malicious; e) funded by fossil fuel interests; etc.

The irony of their anti-Northam mailer is that it’s very easy to replace “Ralph Northam” with Republicans like former Gov. Bob McDonnell, House Speaker Bill “ALEC” Howell (R) and the next House Speaker Kirk Cox (R), because all of them strongly supported “a multi-billion-dollar tax increase” blah blah blah (see below for what such a mailer would look like). Which is one of the main reasons why this line of attack against Ralph Northam – that he supported a bipartisan, comprehensive transportation bill pushed by, among others, top Virginia Republicans – is so laughably ridiculous.

Finally, note that the Koch brothers are simply picking up where Ed Gillespie left off earlier this month, when he was widely lambasted (e.g., see “Gillespie rails against transportation deal that was McDonnell’s key achievement” and “Republicans Slam Gillespie For Criticizing McDonnell Transportation Bill“) – and rightfully so! – for this moronic line of attack. Is this really the best “argument” (using the word very loosely) that Gillespie and his Koch brother puppet masters have got? Attacking people who voted for bipartisan transportation legislation that was heavily pushed by his own party? If so, they not only richly deserve to lose “bigly” on November 7, but they almost certainly will, as only the most gullible would ever buy this gar-bage. 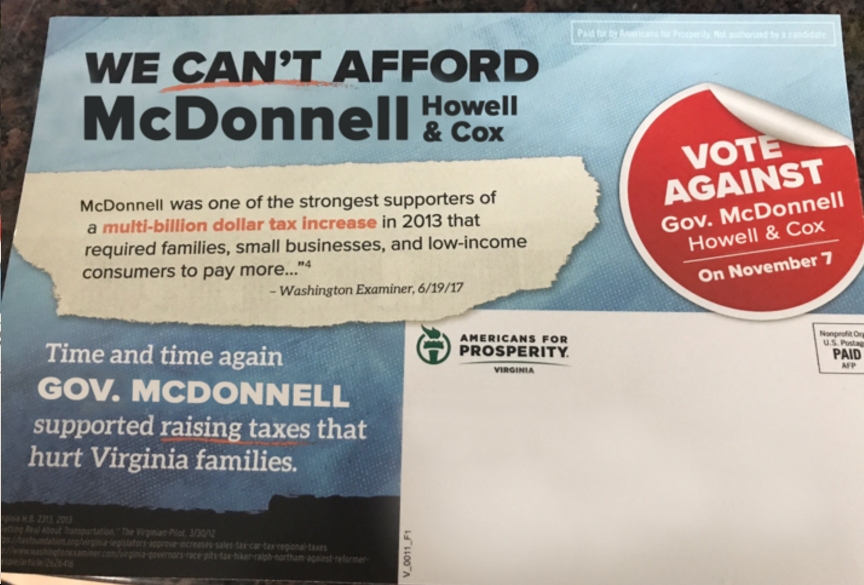 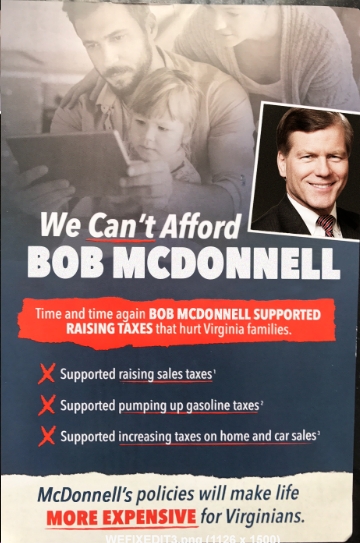