This week, Project Blue Dominion is featuring Rebecca Colaw, Veronica Coleman, Ben Hixon, and Shelly Simonds, who recently replaced Zack Wittkamp as the Democratic nominee in the 94th District. Check out their info below to learn more about the candidates, their districts, and their opponents.

CONTRIBUTE TO PROJECT BLUE DOMINION HERE – WE NEED YOUR HELPTODAY TO FLIP THE HOUSE OF DELEGATES! 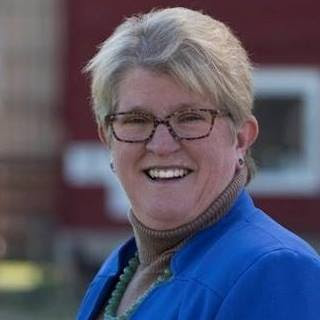 Rebecca has lived in Virginia for 25 years. Her family has been in the Commonwealth for several generations, and has served and fought in every American war since the Revolution. Rebecca holds a Bachelor’s of Science degree in Communications and Broadcast Management, a Master’s degree in Criminal Justice, and a Juris Doctor degree, which she earned attending night school while serving in the Air Force.

In 1984, Rebecca enlisted in the United States Air Force and served as a commissioned officer. She was deployed in support of Operation Desert Shield and Desert Storm to King Fahd International Airport in Saudi Arabia. During her tenure, she developed an inter-agency model for the media response to a domestic terrorist attack that used weapons of mass destruction and organized coordinated response efforts with the FBI, FEMA, and state and local authorities.

Rebecca has worked extensively with local, state and federal government officials and community leaders on terrorism-related issues. In addition, she has spoken as a team-builder and educator on local and national levels.

After retiring from the Air Force, Rebecca opened a law practice in Suffolk, Virginia. She has been able to help many people in need, but understands that she has much more to offer. She is extremely passionate about protecting the rights of everyone, regardless of nationality, race, religion, creed or sexual orientation. She is a strong supporter of our nation’s great charter — the Constitution — and believes that “life, liberty and the pursuit of happiness” is owed to ALL Americans.

Rebecca stands ready to represent and fight for the people of the 64th District of Virginia’s House of Delegates.

The 64th district is Southeast of Richmond, and encompasses parts of Isle of Wight, Prince George, Surry, Southampton, and Sussex Counties, as well as parts of Suffolk and Franklin Cities. It is currently represented by retiring member Rick Morris (R). Click here for more district details.

Just one example of why we cannot let Emily win:

Emily Brewer is the Republican nominee for this open seat, and given that she’s never held elected office, we’re left to review what she has said publicly to get a sense of her character. It’s clear from her own words on social media that she’s quick to sacrifice principles for party.

On November 10, 2015, she tweeted — correctly — that “Trump clearly has issues with women. If anyone can explain that away, you ARE the problem.” Also that November, she wrote “@realDonaldTrump and his Twitter rant against @JohnKasich was the equivalent of a toddler in his ‘Terrible Twos.'” On October 28, she condemned Trump for “bullying.”

Fast forward to 2017. Emily was quick to give up her standards in favor of blind party loyalty. Once Trump was sworn in, she exclaimed on Twitter that Trump “is a POTUS with a plan!” On Facebook in March, Emily reminisced fondly that “[i]t seems like yesterday I was helping put together packets for poll workers on Election Day for President Trump!” Clearly, the Emily of 2015 has different values than the Emily of 2017.

We cannot trust Emily to stand up for the 64th district when party allegiance seems to be the only thing she truly values. 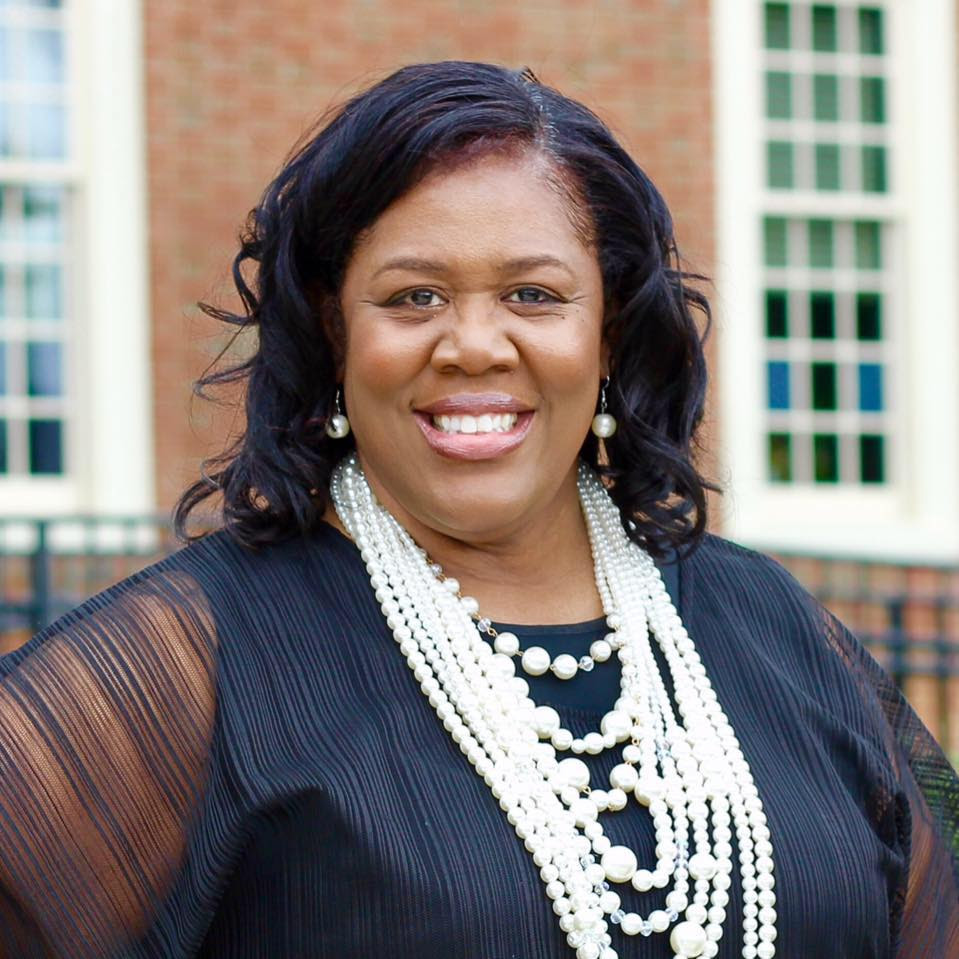 Dr. Veronica Coleman is the Pastor of New Jerusalem Ministries, a community focused ministry that she founded in 2010. New Jerusalem Ministries’ work in the community is so widely recognized that in 2015 it received the Model Partnership Award from the Virginia Beach City Public Schools, in recognition of its Mentoring Program and its other outreach efforts conducted on behalf of the students in
the city.

A recognized leader in the community, Dr. Coleman is the immediate Past President of the Virginia Beach Interdenominational Ministers Conference and has served in leadership capacities with other civic and religious organizations. She served for many years as a volunteer reporter and anchor for the City of Virginia Beach Television Station, VBTV. She currently co-facilitates the Pastors and Community Roundtable designed to improve the relationship between the Virginia Beach Police Department and the community.

Dr. Coleman is a native of Halifax County, VA. She received her undergraduate degree at Danville Community College and Averett College (University). She completed her graduate studies at Old Dominion University and Virginia Union University. In 2010, she earned a Doctor of Ministry degree from United Theological Seminary in Dayton, Ohio.

Veronica Coleman is a wife, a mother, a pastor, a manager and a mentor. She entered this campaign to fight for the values that matter in Virginia’s 84th District — strengthening the healthcare system, protecting the vote, and making sure that everyone benefits from a vibrant and equitable economy.

This district is barely Republican — Romney only won it by a paltry 261 votes in 2012. The 84th district represents all of Virginia Beach City. It is currently represented by Glenn Davis (R). Click here for more district details.

Just one example of why Glenn needs to go:

Glenn LOVES Donald Trump. In fact, he has happily compared himself to Donald Trump — check out this campaign ad for his failed Lieutenant Governor bid. He talks about how the “liberal media” is being too hard on Trump, as if nothing but Trump’s (dubious) business record matters.

Glenn’s conveniently forgets all of the other issues unrelated to business on which he’s voted the wrong way. He voted to drain money away from our public school system (HB1605), to designate the anniversary of Roe v. Wade as a “Day of Tears” (HR 268), to require reports on the locations of already at-risk refugee populations in Virginia (HB2002), to suppress the vote (HB1428, HB1598), and to repeal state laws connected to the Affordable Care Act (HB2411), just to name a few. 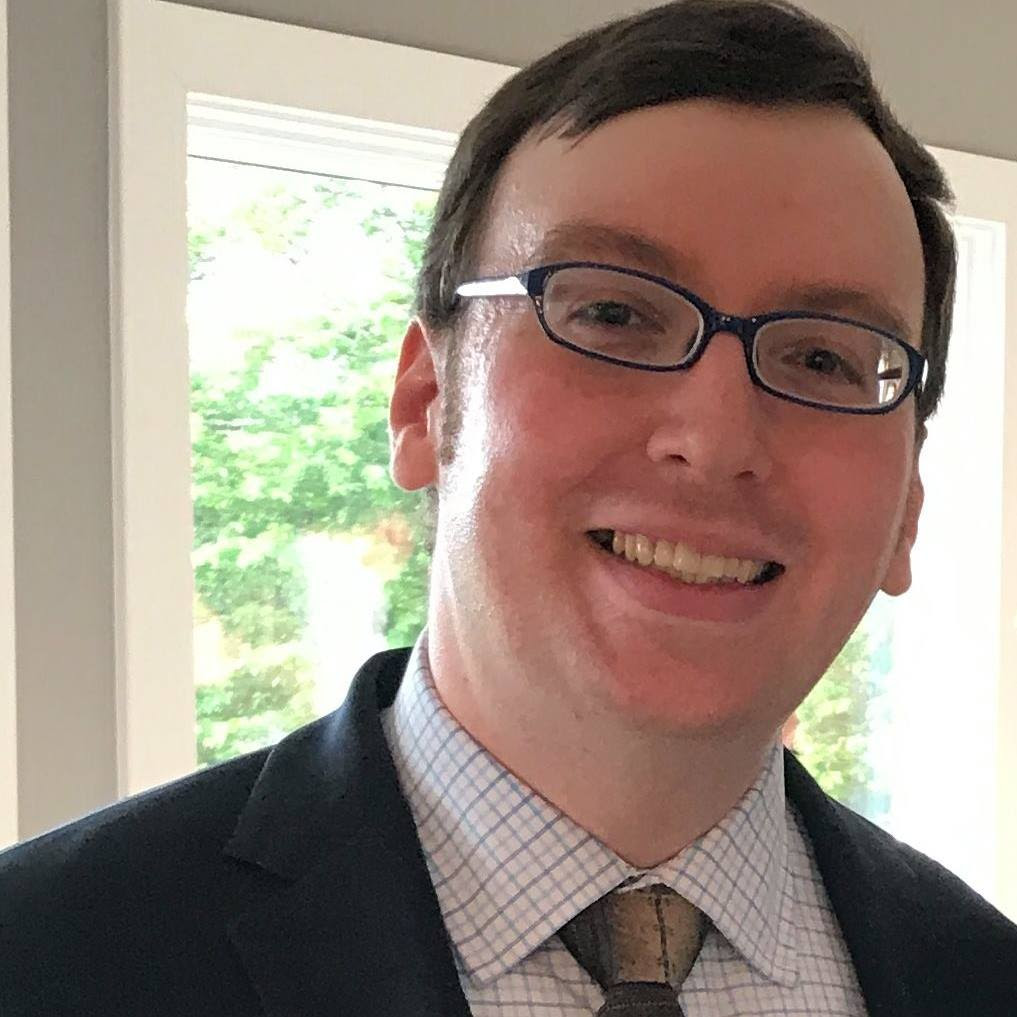 It’s time for forward thinking and fresh new ideas in both parties. Ben Hixon is the Democratic candidate for the 30th district of the Virginia House of Delegates, representing Madison, Orange, and Culpeper counties.

Ben is a 35-year-old Artificial Intelligence researcher, Culpeper resident, and Louisiana native. He moved to Culpeper with his partner Chris to build an artificial intelligence startup, and decided to run for office because the Democratic Party needs to get back to basics: freedom and opportunity for all.

Ben wants to build more vocational schools here in the Piedmont. He wants Virginia to be the first state in the nation to offer a two-year vocational degree in computer programming. He wants more mental health centers to combat the opioid crisis. He is an advocate for reliable broadband in rural areas, agricultural legislation that is fairer for small farmers, lower taxes for working families, and a rollback of crony capitalism. Ben wants to give people the tools to take care of themselves.

The 30th district encompasses parts of Orange, Culpeper, and Madison Counties.It is currently represented by Nick Freitas (R), who has never faced a challenger before. Click here for more district details.

Just one example of why Nick needs to go:

Nick is not only on the wrong side of history when it comes to the fight for LGBT equality, he’s leading the charge to undermine this important cause. Nick introduced the misleadingly named “religious freedom” bill (HB2025), which would allow any person, religious organization or affiliates to deny participation “in the solemnization of any marriage” if it conflicts with “a sincerely held religious belief or moral conviction that marriage is or should be recognized as the union of one man and one woman.”

This bill does not protect religious liberty, it gives people license to discriminate against LGBT individuals and families. Governor McAuliffe said it best in his veto statement — “Although couched as a ‘religious freedom’ bill, this legislation is nothing more than an attempt to stigmatize…We should be pursuing policies to make Virginia a more vibrant and welcoming place to live, work, and raise a family. House Bill 2025 would accomplish the opposite by making Virginia unwelcome to same-sex couples, while artificially engendering a sense of fear and persecution among our religious communities.” 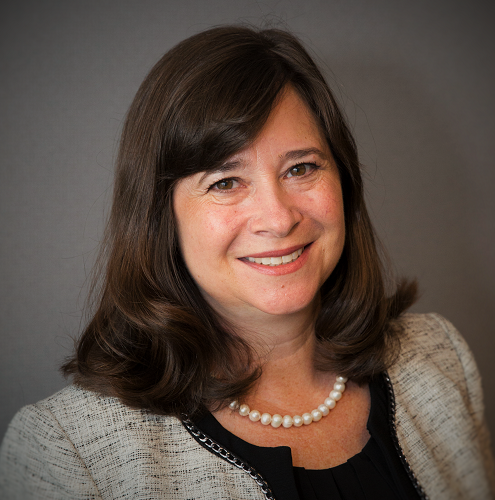 Shelly Simonds is an educator and a community leader in Newport News. A former teacher, Shelly is a member of the Newport News School Board with a passion for excellence in education. As a Delegate, Shelly will fight for higher teacher pay and pursue a bold agenda to fix our schools’ crumbling infrastructure. She supports advancements in STEM curriculum, which will lead to better jobs and a well-trained workforce that is prepared for the opportunities and challenges of tomorrow.

Shelly is also a strong advocate for higher wages for Virginia’s workers and will fight for the kind of economic growth that will benefit all Virginians, not just the one percent. She has always been a staunch defender of a woman’s freedom to choose and her right to reproductive health, and she believes that Virginia must greatly expand access to health care overall.

As a member of numerous boards and non-profit organizations, Shelly is a long-time local fixture in the Newport News community. She lives in the Hilton area with her husband Paul, an aeronautical engineer, and her youngest daughter Georgia. Her daughter Tessa attends the University of Virginia. Shelly received her B.A. from Bucknell University and holds a Masters in Communications from Stanford.

Secretary Clinton won this district by 5 percent of the vote. The 94th encompasses parts of Newport News City and is currently represented by David Yancey (R).Click here for more district details.

Just one example of why David needs to go:

David must really not want to be in the House of Delegates, because he sure misses a lot of votes. It appears that on several controversial votes, instead of standing up to his party to do the right thing and vote “nay,” he took a stroll out of the chamber. For example:

The 94th District deserves someone who doesn’t shy away from expressing his or her values just because it could be politically inconvenient.

This concludes Volume IX of our Flip-a-District Friday series. I encourage you to review this and older volumes of Flip-a-District Fridays here, and find a candidate or candidates whom you would like to support with your time or financial resources. With just 81 days until Election Day, we need your help more than ever.