The past couple of months have been hard — not only for Virginians, but for all Americans — with damaging hurricanes in Texas, Florida, and Puerto Rico and horrific terror attacks in Charlottesville and Las Vegas. In moments like these, it’s important to remember how fortunate we are and recognize the heroic work of our state police, sheriffs, first responders, and ordinary citizens. In Charlottesville, two state troopers — Lt. H. Jay Cullen and Trooper-Pilot Berke Bates — lost their lives protecting Virginians and we will forever be grateful for their service.

I want to take a moment and recognize the efforts of Virginia’s National Guard — a group of men and women who are always ready to be called into action and don’t always receive the recognition that they should.

The majority of our guardsmen have full-time civilian jobs while being members of Virginia’s National Guard. Since September 11, 2001, more than 15,000 of Virginia’s Army and Air National Guard have been called into duty, and Virginia currently has a Guard force of over 10,000 members, including 1,500 full-time staff and Guard reserve.

In Charlottesville, members of the Virginia National Guard worked with local and state law enforcement. Later that same month, Guardsmen, supplies, and helicopters were deployed to Texas to assist with recovery operations during Hurricane Harvey.

In September, the 91st Cyber Brigade based out of Bowling Green was activated as the Army National Guard’s first cyber brigade. The 91st Cyber Brigade will coordinate with 30 units across the country to provide cybersecurity and secure our nation’s critical infrastructure. Additionally, the commonwealth sent a joint incident management team to Monroe County, Florida, to assist with the emergency operations center in the aftermath of Hurricane Irma.

Most recently, 120 members of Virginia’s National Guard have deployed to the U.S. Virgin Islands, with up to 400 to follow, to lead recovery efforts after Hurricane Maria. Jaime Areizaga-Soto, deputy secretary of veterans and defense affairs, and a colonel in the Army National Guard, is currently in Puerto Rico in his civilian capacity as Governor McAuliffe’s envoy leading Virginia’s efforts to assist Puerto Rico during this humanitarian crisis.

As a graduate of Virginia Military Institute and a veteran of the United States Army, it is important that we celebrate and support our citizen-soldiers. Growing up on Virginia’s Eastern Shore, I spent many hours playing basketball in the Virginia National Guard’s armory in Onancock and know that the Guard’s facilities across the commonwealth are in need of updates and repairs.

As governor, I look forward to supporting our Guardsmen and their families in making sure they continue to receive the training and support they need so that they can continue to make us proud. 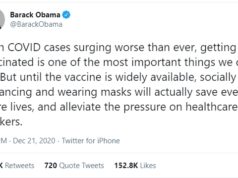