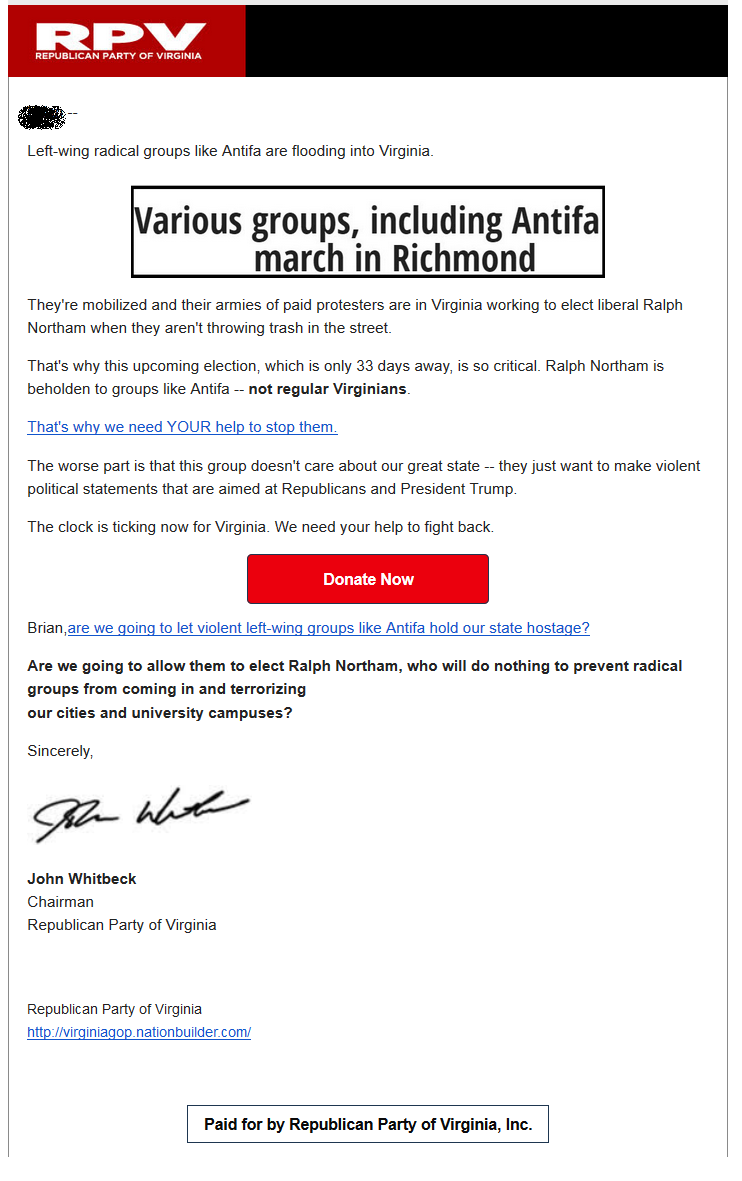 I don’t know where to begin with this email from Republican Party of Virginia Chair John Whitbeck, which flew under the radar because it coincided with Ed Gillespie’s equally false and fear-mongering ad campaign, which got the attention of President Trump.  Truly shameful and desperate, as the Republicans know they’re so morally bankrupt that fear is all they have left.

Let’s start at the top.  “Paid protesters?”  If protesting paid, then I wouldn’t have gotten off the streets and into the campaign offices!  But the scary thing is, Republicans actually believe this stuff.  Let me guess.. George Soros?  They think he’s hiding under every rock.

Secondly, I haven’t seen or heard of any black-clad anarchists taking off their masks and getting to work for Ralph Northam.  Back in my protesting days, I encountered some of these guys and I can tell you, they certainly don’t want to affiliate with a party or a mainstream candidate.

Next point: you can’t be beholden to a group that’s not at all organized.  Antifa is not an organization with any leadership or structure; it’s just one part of a movement or maybe an identity.  To believe that Ralph Northam — a veteran, doctor, legislator, and Lt. Governor — would do the bidding of a handful of anarchists is absolutely nuts, but that’s where Trump and the Republicans are these days.

Here’s the bottom line: Ed Gillespie was a paid protestor for corporate interests on K Street his entire adult life. It was a Trump Republican who committed murder in Charlottesville.