The following is from Democratic nominee in HD-13, Danica Roem. Note that anti-LGBT bigot “Sideshow Bob” Marshall’s closing argument is…yep, blatant anti-LGBT bigotry. On November 7, voters need to show “Sideshow” and his hate the door once and for all!

Delegate Bob Marshall (R-13) sent out the attached two mailers, both of which arrived at my home today because his targeting is uniquely awful.

Delegate Marshall’s hypocrisy truly knows no bounds: saying that I’ve made my gender an issue while he spends two mailers attacking me for being trans and standing up for LGBTQ kids and misgenders me while he’s at it.

You likely saw his anti-transgender TV ad recently too. This is what happens when he can’t defeat me the core quality-of-life issues facing the people of the 13th District, like fixing Route 28, bringing high-paying jobs to Innovation Park, filling the office vacancies in Manassas Park, raising teacher pay so it’s not the lowest in Northern Virginia and expanding Medicaid to cover 3,700 uninsured constituents of the 13th District who earn up to 138 percentage of the federal poverty line. He’s instead resorted to attacking children and attacking the very concept of making Virginia a more inclusive commonwealth in these mailers that are void of substance in his attacks on me other than a throw-away mention about the gas tax, which is a debate that’s actually worth having as I support Sen. Frank Wagner’s (R-7) efforts to establish a floor and ceiling on the gas tax so we can fully fund our buses in Prince William County.

But Del. Marshall has no interest in debating public policy issues with me because he lacks the courage to debate me, having declined a Sept. 21 forum invitation from the Prince William NAACP, League of Women Voters and the Committee of 100.

Meanwhile, two out-of-state anti-LGBTQ groups – the American Principles Project and the Family Research Council – have spent nearly $38,000 in the last two days attempting to defeat me, including nearly $30,000 in messaging just against me, more than twice as much as they sent supporting Del. Marshall, despite Del. Marshall sending an email to his supporters saying that they need to help Virginians stand up to out-of-state activists.

Like I said earlier, Del. Marshall’s hypocrisy is endless, dangerous and horrible for the constituents he’s failed to serve so often for 26 years. He’s too scared to debate me, he’s turned down dozens of reporters’ interview requests this year and he’s hiding behind BS in his mailers and the independent expenditures of outside groups (note that we have $0 spent from IE groups attacking Del. Marshall).

That’s why I’m running to build up our infrastructure, not tear down each other, because Del. Marshall has demonstrated an inability to accomplish either, especially when his own party killed 27 of his 30 bills this year and the governor vetoed another one of them, leaving him with a 2-for-30 record in his 26th year in office.

As a lifelong Manassas resident from Prince William County and a longtime local news reporter, I know I can do better for the people of the 13th District. They deserve so much better than Del. Marshall’s three decades of failure. 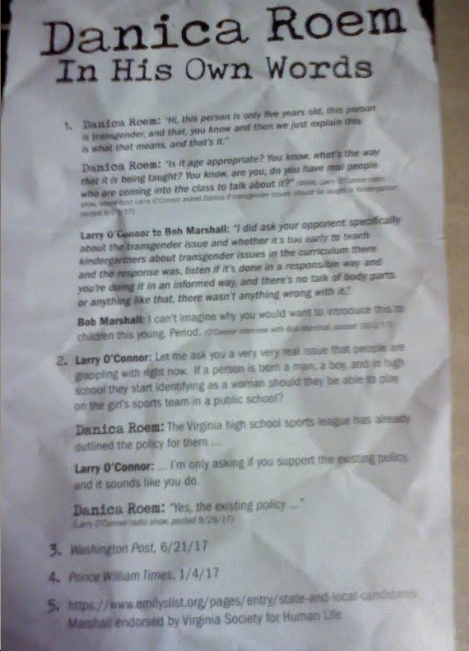 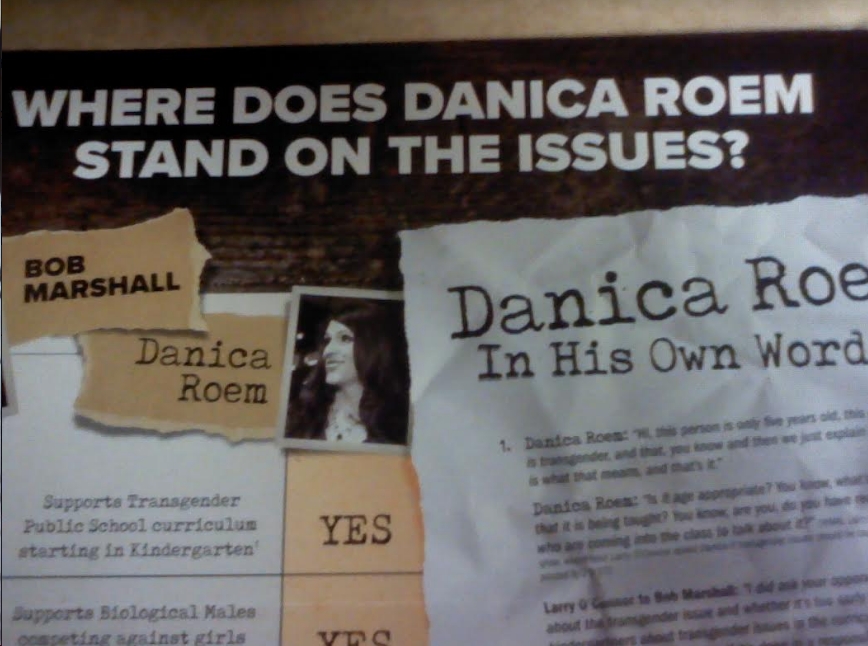 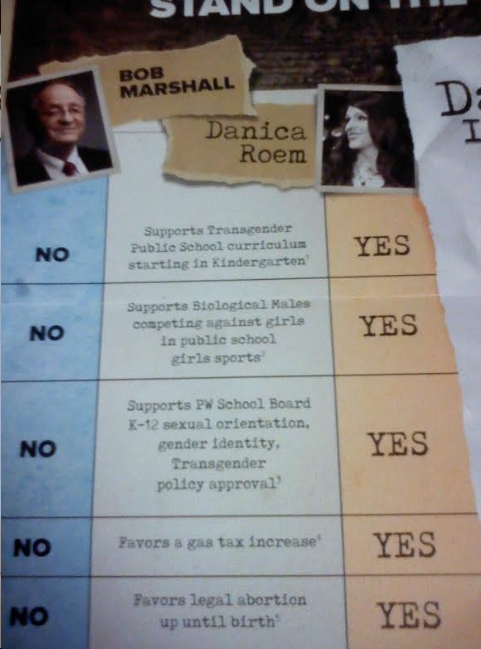 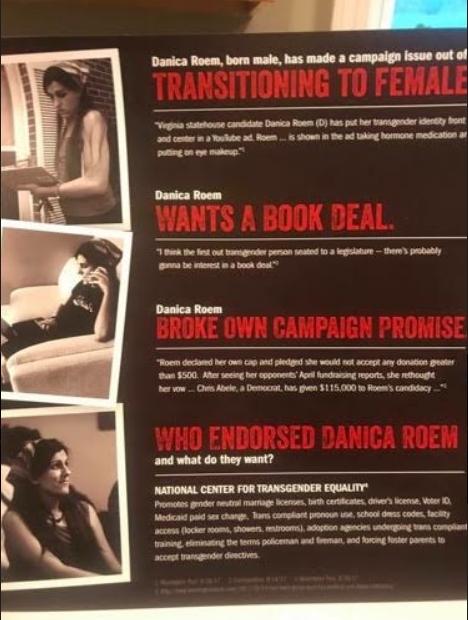