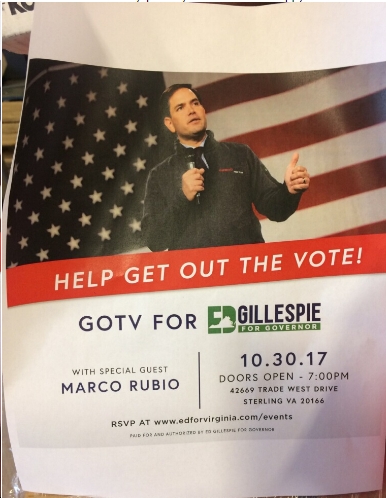 With “Little Marco” Rubio coming to Virginia to campaign for his pal “Enron Ed” Gillespie, I thought might be fun to take a trip down memory lane to a few comments Rubio made about Trump and a few comments Trump made about Rubio. It would be great for reporters to ask Gillespie whose side he’s on in in the Trump vs. Rubio cage match. LOL

It would also be interesting to know if Gillespie agrees with his pal “Little Marco”:

I look forward to reporters asking these questions, and to the (non)answers we get from Ed Gillespie.