Yep, Ed Gillespie is holding a free “GOTV” event (kinda weird, given that the election is over a month away) with the governor of Missouri — check out the invite below. So why should we care? Well, first of all, in the aftermath of the Las Vegas massacre, it’s worth noting that this guy – Eric Greitens – is a huge gun enthusiast. Check out the video, below, of him happily firing what appears to be a machine gun.

Also check out Editorial: Gov. Eric Greitens sets up expensive legal showdown over new abortion law (“Greitens signed the legislation after the second special session he called this summer specifically to restrict access to abortion. The law requires that doctors explain the risks of abortion to women 72 hours before performing the procedure. It poses particular hardship on low-income women who must travel long distances and find lodging during that time.”) and What Sly James, Eric Greitens and Donald Trump have in common (“Across the aisle and at the state level, another public official doing a very serviceable imitation of an aspiring autocrat is Missouri Gov. Eric Greitens, who ran on ethics reform but relies on dark money. Just last week, he wrote another “thank you” to a funder, the St. Louis pharmacy benefits manager Express Scripts, by naming a company vice president to the University of Missouri Board of Curators. In July, he awarded the company a no-bid contract to fight opioid addiction”)

As Gillespie endorser George Allen once famously said, “You can tell a lot about people by the folks they stand with.” You sure can, George. You sure can. 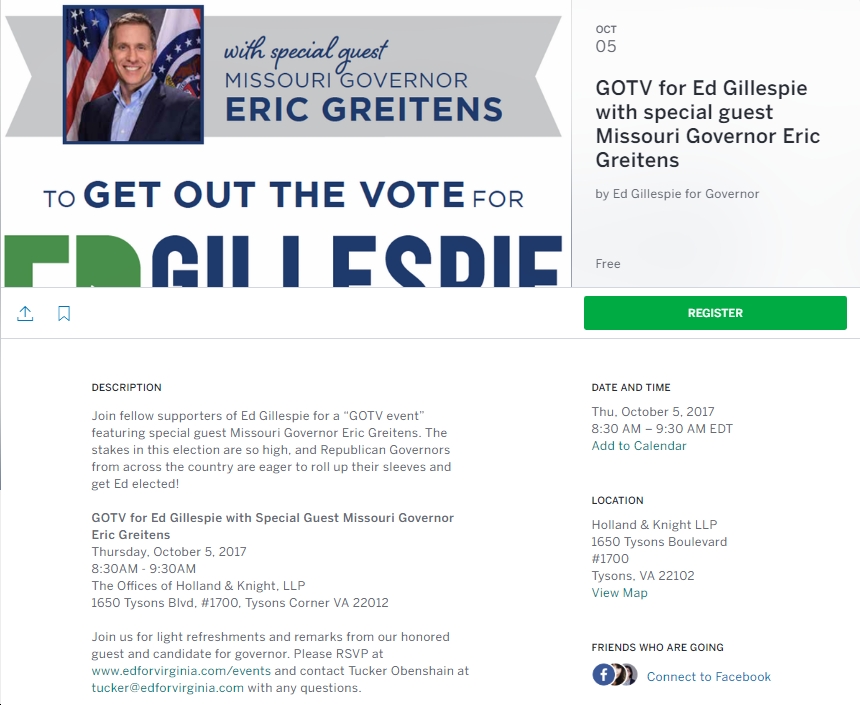