A Massive Victory Of Unprecedented Proportions

In a stunning display of grassroots political power, Democrats elected at least 15 new members to the Virginia House of Delegates on Tuesday, November 7, 2017, sending shock waves across the country. Democratic numbers in the House now stand at 49, with 3 districts still up for grabs. The majority remains a possibility; a swing of 7 votes in one district will get us to 50. Not since the late 1800s have Virginia Democrats won this many seats in one election. 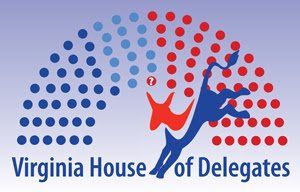 The pundits said this could not be done; the voters proved them wrong.

We knew our elections would be viewed in a national context. In fact, I argued in a Washington Postpiece published in June 2017 that the Virginia elections would be a far better bellwether for politics in the post-Trump election era than races such as the special election in Georgia’s 6th Congressional District. The Clinton-Kaine ticket’s performance in Virginia proved to us that there were Democratic votes to be gotten, if we could only get them to the polls. We have now seen the results, and they bode well for the future of the Commonwealth and the country.

Diversity Won
Our new members are drawn from all corners of the Commonwealth and all walks of life. They include the first two Latinas elected to the House of Delegates, the first two Asian-American women elected, the first openly transgender person elected to a state legislative seat in this country, two members of the LGBTQ community, eleven women (joining twelve returning Democratic women), teachers, military veterans, journalists, and one of the first women of color to graduate from Virginia Military Institute.

Many factors explain a victory of this magnitude, but here are some of them:

Good Candidates Who Reflect The Values Of Their Communities Are The Key
It all starts with candidates. After last year’s election, Virginians woke up. We were immediately contacted by people throughout the state who wanted to run for some office; it was “raining candidates.” What emerged was the finest crop of candidates that we have ever assembled. They began running early, were trained early, and, in many cases, assembled their teams in January and February. Many were knocking doors by March and raising the substantial sums of money that would be necessary to tell their stories and engage with their constituents. You simply cannot win without good candidates, people who know how to connect with their communities and fashion a message that speaks directly to local needs. While some will argue that this election was “all about Trump,” we knew we could not beat entrenched incumbents with an “anti-Trump message” alone. We had to have something more and we found it in every single one of these candidates.

Our best targets were clear. There were 17 House districts with Republican delegates that were won by Hillary Clinton in 2016. On November 7, we won in 14 of them. We spread the field, running Democrats in districts where we have not fielded a candidate in a decade or more. We ran 54 challenger candidates against Republican incumbents, an unprecedented number. Our tremendous House Democratic caucus staff was tireless in their efforts to provide the campaigns with logistical support, and we operated a field program at a level never previously seen in Virginia.

Build On Democratic Success
It would be a mistake to ignore how the McAuliffe administration and Democrats in Richmond shaped the attitude of the public. Democrats in Richmond have been laser-focused on creating good-paying jobs for the new Virginia economy, improving access to healthcare, including expanding Medicaid, and fighting socially divisive legislation. Unemployment in Virginia during this Democratic administration fell from 5.2 percent to 3.7 percent, and every week brought another job announcement in different parts of the Commonwealth. Gov.-Elect Northam was able to run on that record, and it undoubtedly helped our candidates win votes in their districts as well.

The Key Role Of Partner Groups
From the beginning, many partner groups assisted us, both financially and with boots on the ground, to the benefit of all our candidates. We had groups from New York, California, and other states aiding us, doing everything from writing postcards to Virginia voters to buying pizza for local volunteers. A new PAC, Win Virginia, with great help from Tom Perriello, invested in many of our candidates in more challenging districts and beta-tested a number of social media and digital approaches designed to encourage turnout. Our traditional partners— women’s groups, environmental organizations, collegiate and Young Democrats chapters, and labor— were critically important. Many groups and individuals share the credit for this historic victory.

Trump And Base Energy
We knew we could not win without increasing voter turnout, and Trump became our greatest asset. Early in the campaign, we assembled a matrix that projected how many additional House seats would be in play for every 1 percent increase in turnout. Voter turnout in state races is notoriously low, and we saw that if we increased the Democratic turnout by 5 percent, we could flip as many as 17 seats. Few believed us, but the numbers were always there, and preliminary turnout figures suggest that the increase approached 5 percent, rising from 43 percent in 2013 to about 47.6 percent. This surge in turnout was undoubtedly due to the “Trump factor;” House Republican incumbents refused to distance themselves from the President and it hurt them badly. In some cases, they even made the mistake of embracing Trump— using nasty advertising strategies and divisive campaign mail. On election day, Virginians sent a message that was as loud and clear as the sound of an avalanche careening down a mountain pass; Trump’s policies and style were clearly rejected.

This November’s election was not a wave— it was a tsunami not likely to be repeated any time soon. The House of Delegates will dramatically change as a result. And so will the country.