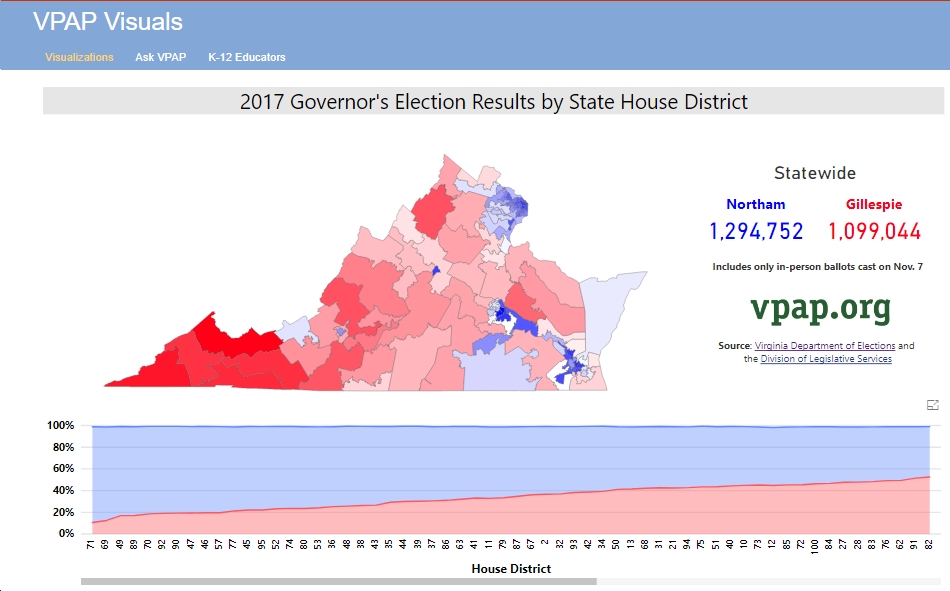 So what this the result of Republican gerrymandering? Not according to Kenton Ngo, who tweeted a bit earlier today: “My earlier pronouncements that VA House 2011 wasn’t a dummymander appear to be wrong. @vpapupdates says Northam won 58/100 Delegate seats (not counting D-leaning absentees) while winning 54% of the vote…I think because Rs have, against all odds, picked up a D problem…What usually happens is that Democrats are packed into a number of 80%+ D seats because of urban racial voting patterns/VRA compliance, and the MOST Republican districts don’t get to that level. Easier to gerrymander. But now, rural Republicans are so heavily concentrated…that you can’t crack them up to gerrymander as easily. Can’t drag Republicans out of SWVA. There are now 5 R seats that were 75%+ Gillespie. Spatial concentration is hitting urban Democrats AND rural Republicans in Virginia. (Hard to transfer to other states.)”