Brady Simpson, founder of a company called Simtek Sensors – which has just come out with a product called the Duo Portable Security Sensor – is a Northern Virginia native who, as this article explains, “was a high school senior visiting his girlfriend at Virginia Tech the weekend before the worst school shooting in U.S. history in 2007.” Then, while a student at Virginia Tech himself, “he was locked down in a gym after an alert for a campus shooting.” And if that’s not enough, “the father of a friend — and like a second father to him — threatened to shoot himself with a gun from his own gun safe on a weekday morning.” Hence the idea for Duo, “the only security sensor that monitors any space – from a gun safe, to storage unit down the street and even a vacation home a world away.” Check out the video, below, to get an idea why – given how many guns there are in our society – this device could literally be a life saver. 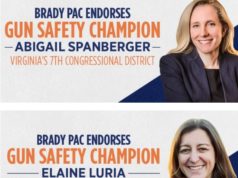 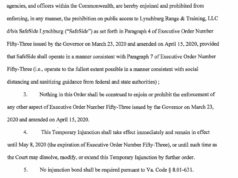 AG Mark Herring’s Office to “Analyze the Decision and Decide How Best to Proceed” in Lynchburg Range & Training vs. Gov. Northam Case 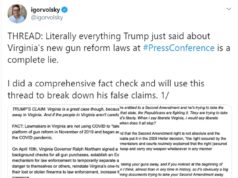